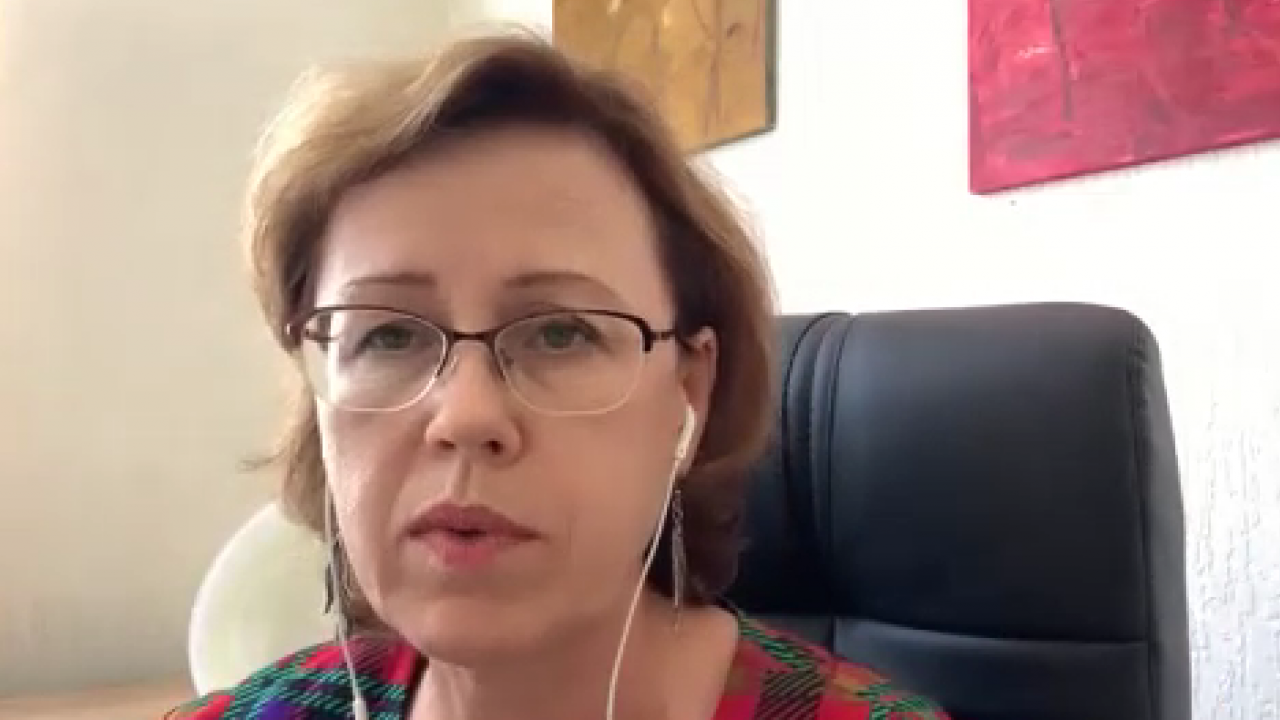 “European journalists should reach out to cover reality, to keep the focus on Ukraine and the larger are the chances for us to win,” said Alya Shandra editor-in-chief of Ukrainian and English-language online outlet Euromaidan Press.

Shandra argued that only a Ukrainian victory in the war can preserve freedom of expression in Ukraine because Russia does not allow media freedom.

Other journalists at the launch explained that media outlets covering the war check information given to them by Ukrainian government sources despite the logistical problems and risks involved.

Angelina Kariakina, the head of news at the Public Broadcasting Company of Ukraine, UA:PBC, said that “journalists on the ground are verifying information but you need an entire car of [safety equipment] supplies” in order to go to frontline areas.

Kariakina said that UA:PBC’s journalists also check “Russian propagandastic channels and media” as a source of information to identify Ukrainians who have been captured by Russian forces.

“They have these videos of hundreds of people in prisons, and you can see a familiar face,” she explained, adding that so far, “around 7,000 people went missing during this war”.

Kariakina said that evidence collected by journalists could be useful in future war crimes trials, and that media have already been cooperating with prosecutors and legal experts. She warned however that it is impossible to gather information about crimes committed in areas of Ukraine that have been occupied by Russian forces, unless residents who escape bring evidence out with them.

BIRN’s Eyewitness Ukraine project is a new webpage featuring interviews with Ukrainian journalists speaking about their personal experiences of living and working through the Russian invasion of their country and the dangers that they face.

The war has already proved deadly for journalists. At least 12 media workers have been killed while covering the conflict so far, and many more have been injured, according to the New York-based Committee to Protect Journalists.

Lina Kushch, the secretary of the National Union of Journalists of Ukraine, said that even more media workers have died “including those on the field [killed while reporting], those that enlisted as soldiers, and those that were killed during shelling of their cities”.

Asked how journalists should prepare themselves if the war continues for many more months, Kushch responded: “Our advice is to be prepared for everything.”

The president of the European Federation of Journalists, Maja Sever, said at the launch event that she is “amazed that journalists in Ukraine have the will to fight for the truth” considering the difficulties they face.

Sever urged journalists in other countries to continue showing support and solidarity for their colleagues in Ukraine.