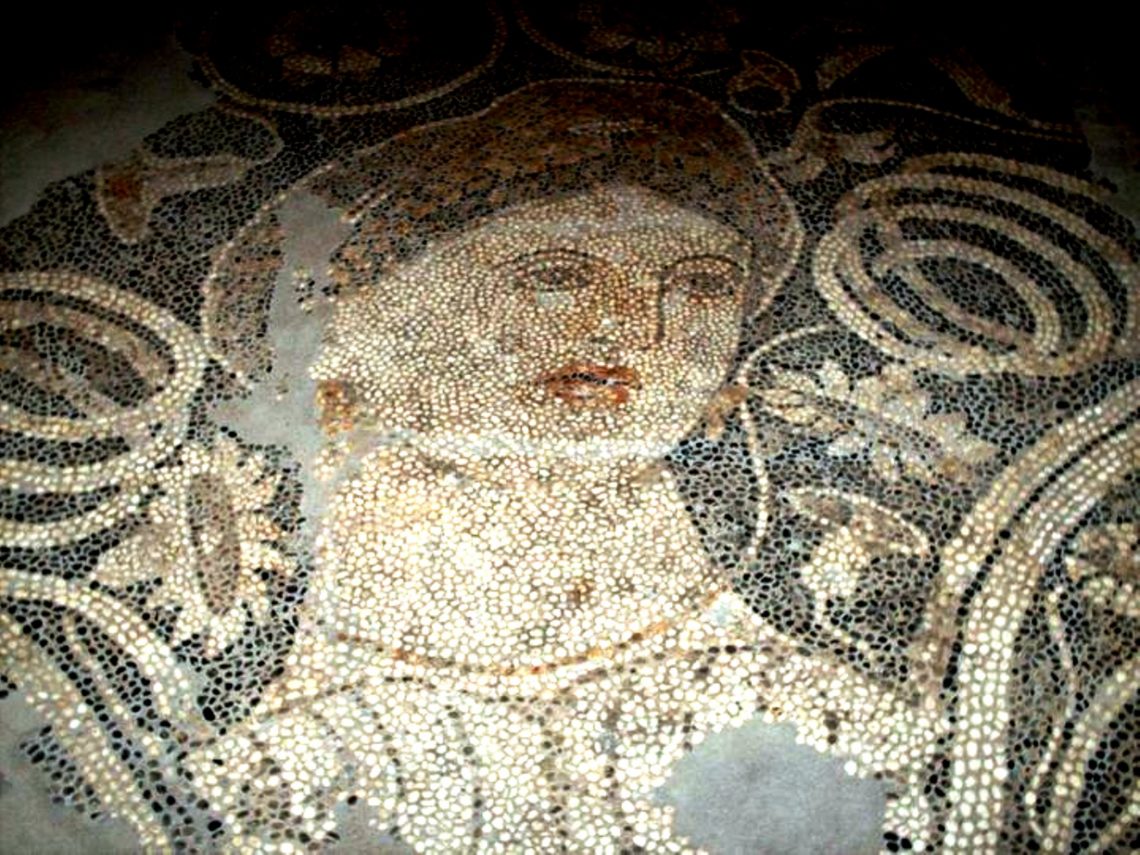 Trapped in basements and the garages of high-rise apartment blocks, the ancient mosaics of Durres are under threat. Some city residents are exploring innovative ways to raise awareness.
Post Views: 156

Trapped in basements and the garages of high-rise apartment blocks, the ancient mosaics of Durres are under threat. Some city residents are exploring innovative ways to raise awareness.

Durres, on Albania’s Adriatic coast, is known for its sandy beaches, a vast Roman amphitheatre and, less appealingly, the rampant, unregulated development that has blighted a city once the terminus of the Roman military highway, Via Egnatia.

But Durres has other treasures too, in the basements of houses and the foundations of high-rise blocks – priceless mosaics, dating from the third or fourth century BC to the second and third centuries AD.

The wildcat development of the past two decades in Durres has unearthed a host of archaeological treasures, but developers often erect high fences to keep out prying eyes out of fear inspectors will suspend construction.

Instead, pieces of terracotta wash up in garbage bins, dumped there under cover of night by constructions workers, while mosaics find themselves trapped in the foundations of concrete tower blocks, amid broken sewage systems, or, in at least one case, the basement of a house.

Residents of Durres joke that their city has two museums, the Archaeological Museum on Taulantia Boulevard, and another, in bins and basements.

Some, however, are trying to do something about it, seeking both to safeguard the city’s heritage and tap its potential.

“Can you imagine how beautiful it would be if some of the mosaics were replicated on the facades of the town?” pondered Driada Dervishi, a theatre director.

Dervishi is part of a group of fellow Durres artists and intellectuals trying to raise public awareness of the value and importance of the mosaics by staging plays at the sites where they were discovered, “so that a younger generation might get first-hand knowledge of both arts and archaeology.”

Getting funds from the local authority, however, is proving difficult, she told BIRN.

Archaeologists believe there are far more mosaics yet to be discovered beneath the streets of Durres than have already been found.

Founded as Epidamnus by Greeks in the 7th century BC, the city was seized by the Illyrian king Glaucias before passing to the Romans, who renamed it Dyrrhachium. It became the most important port of Illyricum, terminus of the Via Egnatia highway that ran to Lake Ohrid, then Thessaloniki and the east.

Razed several times by violent earthquakes, much of the ruins of its turbulent history remain interred beneath its surface. Sometimes, it surfaces in the strangest of places.

“I managed to get in because back then I was thin and small enough,” said Latif Zeqja, recalling when he first came across a mosaic, now known as Orpheus, in 1988 in the cramped basement of a small Durres home. Zeqja is one of the oldest employees of the Archaeological Museum.

More than three decades later, the mosaic has still to be fully uncovered; archaeologists can do little about it because the city authorities have not decided how to compensate the owners of the house so that their kitchen can be transformed into a heritage site open to visitors.

“Luckily, the Orpheus Mosaic is not endangered by underground or drainage waters,” said Agron Islami, a restoration expert at the Institute of Cultural Monuments.

That’s more than can be said for many others mosaics.

In 2008, a mosaic known as Meander due to its repeated, decorative motif was discovered during the digging of foundations for a new high-rise development in Durres.

Albania’s National Council for the Restoration of Monuments ordered its relocation because of the threat from underground waters, but the funds have still to be made available. It remains in the poorly-insulated parking lot of the high-rise, flooded for several months a year.

“We’re afraid that the tesserae… can come out from their supporting layer,” said archaeologist Brikena Shkodra, referring to the small tiles that make up the mosaic.

Islami agreed: “It has to be relocated because of the difficult environment there.”

Usually, the law requires archaeological remains to be left and preserved where they are found, unless preservation is not possible.

Islami fears for the fate of another mosaic, this time on the wall of a small chapel in one of the galleries of the vast Roman amphitheatre in the city centre. Experts have managed to stop the tesserae from falling, but the only thing guarding the mosaic from the rain is a piece of plastic sheeting.

Like the Meander, some mosaics are off-limits to visitors, behind locked, private gates.

Others now reside in the Archaeological Museum, which recently put on display parts of a mosaic discovered at another construction site in an area of the city known as ‘Former First of May City Park,’ because there is no longer a park there.

Experts at the museum said work was continuing to bring more parts of the mosaic to the museum.

Islami recalls when the oldest was discovered – a huge, 5m x 3m mosaic dubbed ‘The Beauty of Durres.” It is now in the capital, Tirana, having been transferred there in 1982 when there were no archaeological regulations and the communist government did as it saw fit.

For Dervishi, the theatre director, however, better the mosaics of Durres are saved and put on display than left to crumble in the damp foundations of a concrete high-rise.

“At least they will be exhibited,” she said.