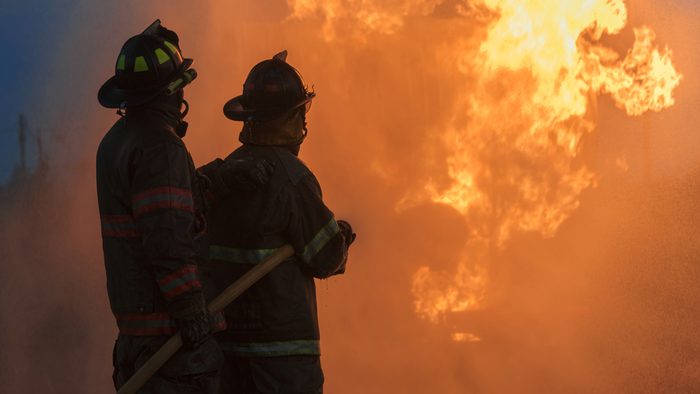 An explosion and fire at a chemical plant in southeast Slovenia have injured at least 20 people and authorities urged residents in the vicinity to stay indoors.
Post Views: 203

Ljubljana (22/05 – 37.50) An explosion and fire at a chemical plant in southeast Slovenia have injured at least 20 people and authorities urged residents in the vicinity to stay indoors.

The blast occurred Thursday (12) when a cistern exploded at a resin factory belonging to chemicals company Melamin in the municipality of Kocevje, some 60 kilometers south of Ljubljana.

It was not immediately clear what caused the blast, which was reported at about 8:30am (06:30 GMT) on Thursday (12) in the town of Kocevje.

Images from the scene showed black smoke billowing from the factory. Local residents said the explosion shook the entire area.

Authorities said two people suffered severe burns and were transferred to a hospital in Slovenia’s capital, Ljubljana. Two others were missing, they said. The Melamin factory has about 200 employees.

A worker hurt in an explosion at a chemical factory in Slovenia has died from his injuries, bringing the total number of people killed in the accident to six, local media reported on Friday (13).

Regional broadcaster N1 television said a local emergency council met for an urgent session as firefighters and emergency crews rushed to the plant.

“We advise all residents in the surrounding area to close their windows and not to go out in the open during the intervention,” N1 quoted local police as saying. “They also should not go near the scene.”

Emergency agencies reported the fire was put out by mid-morning. The factory building was badly damaged, they said.

Melamin produces chemical products such as melamine resins for paper, construction, wood, rubber, and the lacquer industry, impregnated decorative paper for the furniture industry, and impregnated materials for footwear manufacturing.

The Slovenian Press Agency described the explosion as “the worst industrial fire in Slovenia’s recent history”.

A total of 17 industrial fires have been recorded since 1995, resulting mostly in material damage, the agency reported.