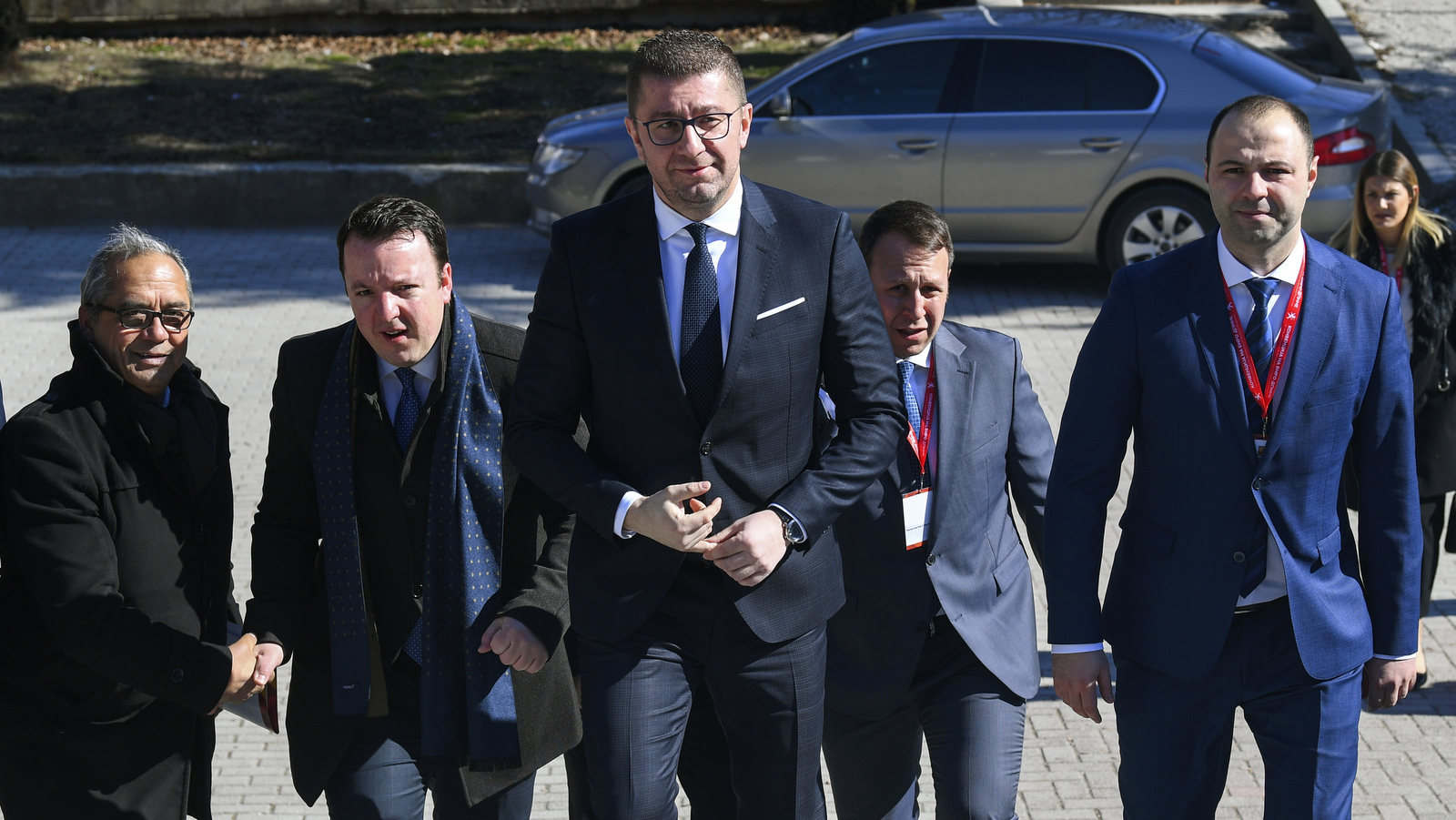 The right-wing VMRO DPMNE on Tuesday launched what it called an “active blockade” of parliament, announcing that it will use filibustering tactics to stall the work of the legislature unless the government changes its mind and agrees to talks on holding snap elections.
Post Views: 209

Skopje (21/05 – 50.00) The right-wing VMRO DPMNE on Tuesday launched what it called an “active blockade” of parliament, announcing that it will use filibustering tactics to stall the work of the legislature unless the government changes its mind and agrees to talks on holding snap elections.

“The active blockade is a consequence, a reaction to the move made by the government of [Dimitar] Kovacevski, who failed to show a sense of statehood and refused any opportunity for dialogue over the country’s most important questions,” said MP Nikola Micevski, the coordinator of the VMRO DPMNE parliamentary caucus.

The VMRO DPMNE said this is only the first step and street blockades or mass protests might soon follow in its attempt to secure early elections.

The opposition party said that it will however support some bills, but only those that it deems to be in people’s interests, for example measures that would raise wages or protect living standards.

The opposition last week demanded a meeting with Prime Minister Kovacevski and the leaders of all big political parties to discuss four key topics that they insist the Social Democrat-led government has failed to deliver on – the economy, health, education and international policies, with the accent on the ongoing Bulgarian blockade of North Macedonia’s start of EU accession talks.

But the underlying demand was snap elections as soon as possible, with the VMRO DPMNE insisting that the current cabinet is incapable of leading the country. This was rejected outright by Kovacevski.

On Monday, he said that the demand for early elections was absurd as the country is in the middle of a serious crisis caused by the pandemic, the economic downturn and the war in Ukraine, which demands work and a functioning government, not political campaigning.

“I have said it many times and I will repeat it. Elections will be held in the regular term, in 2024,” Kovacevski told media, adding that the parliamentary majority will try to find legal ways to keep parliament functioning.

However, this might prove difficult, as his majority rests on only 64 MPs in the 120-seat parliament.

The first test for this will be planned budget cuts, expected to arrive in parliament later this month, proposed by Kovacevski as a necessary to shave off unproductive expenditures and divert funds to social and economic measures amid the crisis.

Another problem could appear with the bill that plans to make North Macedonia one electoral district as opposed to the current six districts. This bill was reached parliament on Tuesday, and was a response to the ongoing demands of smaller parties, who hope that it will help them increase their chances of winning more seats.

Kovacevski has been facing opposition demand for snap polls ever since he came to office in January, succeeding his predecessor Zoran Zaev both at the helm of the main ruling Social Democrats and as premier.

This is not the first time that the opposition VMRO DPMNE has resorted to parliamentary blockades and boycotts. It has done so on several occasions since it lost power in 2017.

From 2020 onwards, these blockades, during which the opposition did not participate in key commissions or in plenary sessions, left many key bills in limbo.