The Balkans Are Heating up Again 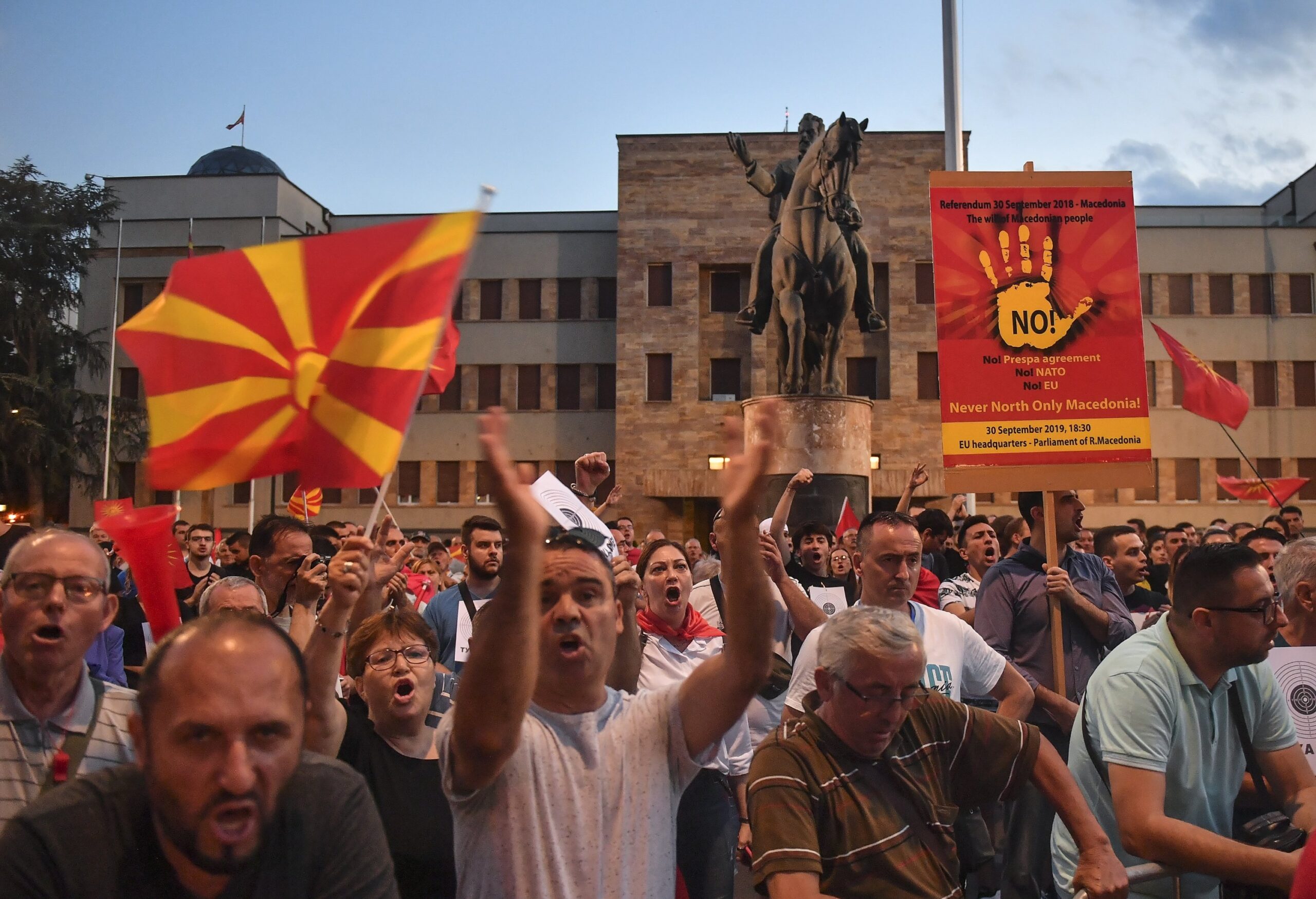 Russia’s war on Ukraine has prompted the North Atlantic Treaty Organization (NATO) and the European Union to examine current security vulnerabilities in Europe and find a way to address them. One of the major areas of focus has been the Balkans, and three outstanding security problems plague this still-conflict-prone region: Bulgaria’s veto on North Macedonia’s EU accession, which indirectly also impacts Albania; unsettled relations between Serbia and Kosovo; and the threat of partition of Bosnia-Herzegovina if the Serb entity withdraws from the federal institutions, as it has announced.

An attempt by the French presidency of the Council of the EU to resolve the dispute between Bulgaria and North Macedonia last month backfired, leading to violent protests in Skopje since July 2 (Nova Makedonija, July 7). The proposed compromise would lift Bulgaria’s blockade on North Macedonia’s EU accession but would also impose constitutional changes and other conditions that the majority of Macedonian citizens see as a betrayal of their national identity. A recent survey found that 56 percent of respondents (and 72.80 percent of the interviewed ethnic Macedonians) would not accept starting negotiations with the EU at the price of North Macedonia agreeing to the “French proposal” (Vecer.mk, July 7).

As an EU member, Bulgaria has veto powers over accepting new states, which the previous government of Boyko Borisov imposed in November 2020. Sofia’s objections primarily relate to presentations of historical events and figures that both countries claim to belong to their historical past (EurActiv, November 18, 2020). In addition, Bulgaria refuses to recognize the Macedonian language as fully separate from Bulgarian.

The French proposal essentially inserts bilateral disputes over history, identity and language into North Macedonia’s EU accession process, which is unprecedented in the union’s history. When Greece withdrew its objections to EU and NATO accession of its northern neighbor, it was done through a bilateral agreement (the Prespa Accord) that changed the name of Macedonia to North Macedonia (Vlada.mk, June 17, 2018). Although the Prespa Accord contains many cultural, educational and linguistic changes that Skopje agreed to undertake, no monitoring mechanism would condition the country’s process of Euro-Atlantic integration. In contrast, when the Bulgarian parliament lifted the veto on North Macedonia’s EU accession on July 24, it insisted that good neighborliness remains a horizontal criterion throughout the entire EU negotiations of North Macedonia to the EU (BNR, June 24).

The government will present the proposal’s final text to the North Macedonian parliament on July 8. In the meantime, the opposition VMRO-DPMNE party intends to continue with the protests that have already injured 47 police officers. But the real goal of the opposition is early parliamentary elections, as it sees the popularity of the ruling party dwindling. Opinion polls suggest that if elections were held this month, the ruling Social Democratic Party (SDSM) would receive around 16 percent of the vote. The opposition will gain 22 percent (Vecer.mk, July 7). However, over 41 percent of surveyed Macedonian citizens are undecided and do not know which party they will vote for or refuse to say, suggesting confusion and frustration among the public.

The possibility of another delay in EU membership for North Macedonia and Albania (the two are coupled for EU membership) has led to fury in the region. These Balkan countries have been waiting for 17 and 8 years, respectively. After Greece lifted its objections, French President Emmanuel Macron vetoed new accession talks in October 2019, and then Bulgaria imposed its veto the following year. Albanian Prime Minister Edi Rama called on the Macedonian government to accept the French proposal as the only chance to start negotiations for both states immediately (Euronews.al, June 30).

Failure to accept the proposed agreement, as deficient as it is, could lead to inter-ethnic tensions in North Macedonia, where the Albanian population is becoming restless from the lack of progress in EU accession. The Albanians make up nearly 25 percent of the population, and they do not relate to the national identity and language sentiments of the Macedonians. A prolonged stalemate of EU integration and a new political crisis if the government falls could increase secessionist aspirations among the Albanian minority and threaten the country with partition.

Inter-ethnic scuffles have already taken place in Skopje on July 7. The police intervened to stop brawls between protesting ethnic Macedonians and a group of Albanians that involved throwing rocks and other hard objects at the entrance of Skopje’s Old Bazaar (Balkan Insight, July 7). Law enforcement also arrested an armed man at the scene. The incident sparked mutual accusations between Macedonian ruling and opposition political parties but also among the Albanian parties associated with each of them—the Democratic Union for Integration (DUI), a part of the ruling coalition, and the Alliance of the Albanians, an ally of VMRO-DPMNE.

Fervent political polarization and political parties established along ethnic lines are two major characteristics of Macedonian politics. Although each of the two dominant Macedonian parties has its Albanian allies (and they sometimes switch sides), the ethnic segregation in politics indicates a larger problem with segregation in the society.

Further postponement of EU accession will open more opportunities for increased Russian and Chinese influence in the Balkans. The Kremlin has used local disputes and disagreements to sow discord by exploiting ethnic divisions and rivalries, inciting local leaders with special relationships and lucrative deals; and above all, it has used strategic corruption to influence local policy decisions. Analysts see the main organizer of the protests, the VMRO-DPMNE party, as a pro-Russian and pro-Serbian party that has adopted an anti-European position with the only goal to come back to power (Nova.bg, July 5).

Although Russia is in a much weaker position at present, when it is faced with fierce Ukrainian resistance and subjected to international isolation, Moscow could still incite and use a potential new conflict in the Balkans as a second front to distract Western attention from the war in Ukraine.