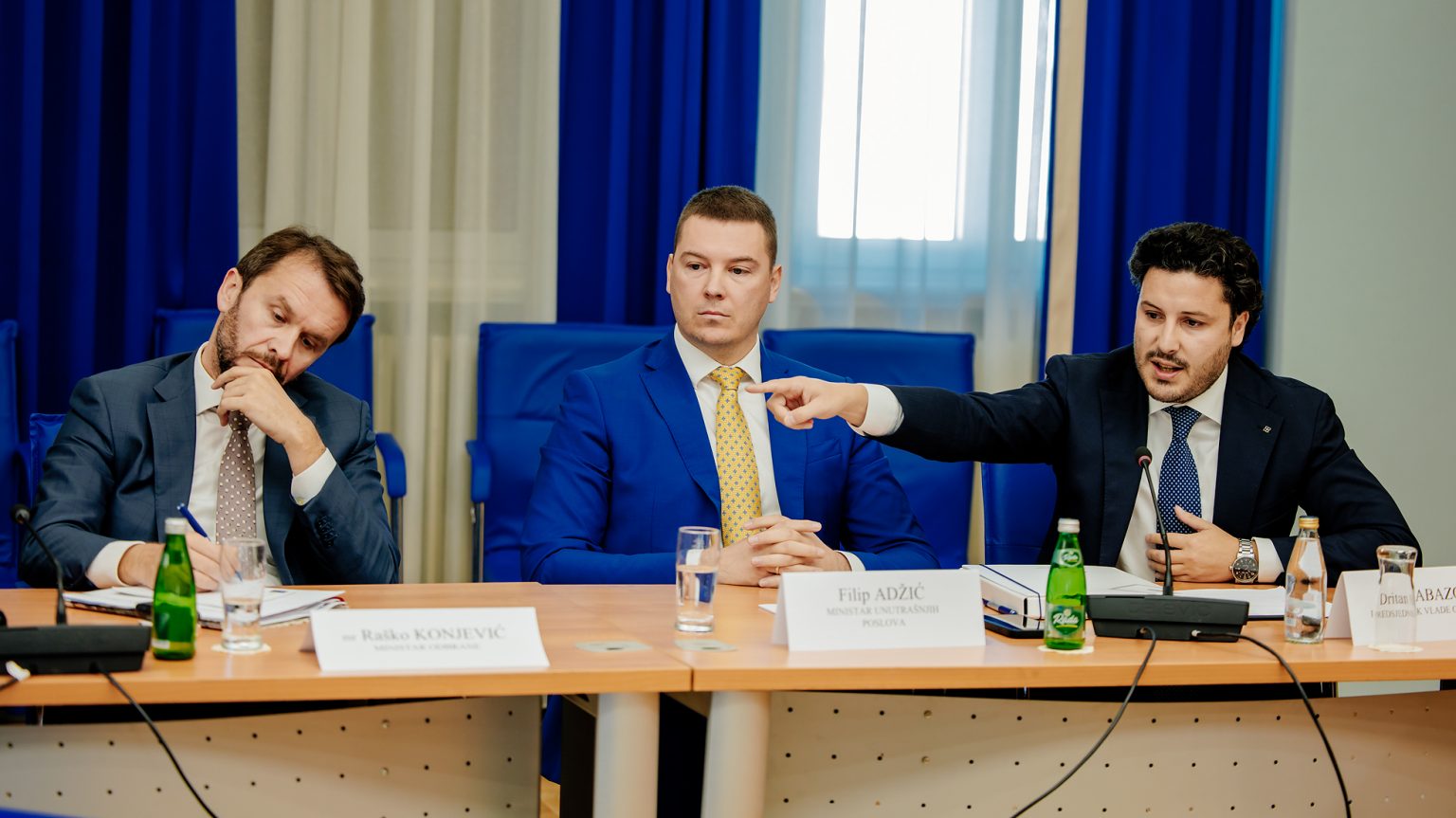 Montenegro’s outgoing Prime Minister, Dritan Abazovic, on Monday said three major tobacco smuggling groups operate in the country, two located in the capital Podgorica and one in the town of Mojkovac.

During a parliamentary Security and Defence Council session, he also claimed one of the largest tobacco smuggling groups has political ties with the former ruling Democratic Party of Socialists, DPS, and Social Democratic Party.

“There are three smuggling groups, one close to Bemax [construction] company and led by [former National Security Agency and Police officer] Zoran Lazovic, which are also smuggling cocaine. There is a smuggling group near Podgorica and in the town of Mojkovac… In the northern part of Montenegro, there are unofficial border crossings for the smugglers,” Abazovic said.

“I urge the prosecution to investigate my claims, and if my claims are false I will self-arrest,” he added.

Before his government was toppled on August 19, Abazovic had accused organized crime groups that smuggle cigarettes and cocaine of funding some of the political groups behind the no-confidence vote.

Since the collapse of Yugoslavia in the 1990s, the port of Bar has become a known centre for cigarette smuggling from where imported tobacco is re-exported and cigarettes made in Montenegro are shipped.

In several large-scale police and customs operations in recent years, Montenegro has seized hundreds of tons of smuggled cigarettes and more than two tons of cocaine in Bar.

Abazovic said the smugglers had the political support of current national President Milo Djukanovic and his DPS, which held power for almost three decades.

“I expect a prominent international agency to publish the names of 30 persons included in Djukanovic’s money-laundering operations. Some of them are former government officials and businessmen,” Abazovic said, without naming the agency.

Outgoing Deputy Prime Minister and Defence Minister Rasko Konjevic accused the former head of the Customs Office, Rade Milosevic, of being one of the cigarette smuggling organizers.

On October 5, Milosevic resigned after the Special State Prosecution launched an investigation into tobacco theft in the town of Niksic.

“The former political director of the civic movement URA Rade Milosevic is one of the cigarette smuggling organizers and I think that Abazovic knew about those actions. There are reports that 90 per cent of seized cigarettes were smuggled instead of being officially destroyed,” Konjevic said.

On October 1, the Special State Prosecutor’s Office said customs officials took over a truckload of cigarettes intended for destruction without adequate security measures.

The cigarettes, confiscated in Bar on February 22, were loaded into a truck in a warehouse used by the Customs Office but they did not reach their destination in Niksic, where the tobacco was supposed to be destroyed. On October 5, Milosevic said police questioned him after one million euros’ worth of tobacco was stolen, claiming he didn’t violate any laws or procedures.

Meanwhile, Abazovic on Monday said he would propose to parliament the dismissal of Foreign Minister Ranko Krivokapic and Defence Minister Rasko Konjevic, claiming they were not following government policies.