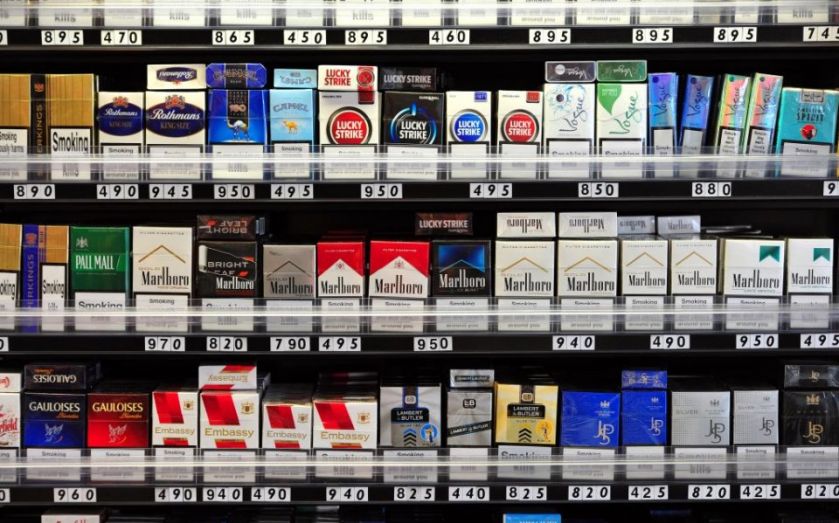 Croatia lost HRK 1.3 billion (€173m) in budget revenues to the consumption of illegal cigarettes and cut tobacco in 2021, a survey conducted by the Croatian Employers' Association (HUP) in cooperation with the Ipsos market research agency shows.
Post Views: 126

Zagreb (19/05 – 45.45) Croatia lost HRK 1.3 billion (€173m) in budget revenues to the consumption of illegal cigarettes and cut tobacco in 2021, a survey conducted by the Croatian Employers’ Association (HUP) in cooperation with the Ipsos market research agency shows.

The purpose of the survey was to determine the size of the untaxed tobacco market and its impact on the national economy. It was carried out in December 2021 and January 2022 on a representative sample of 1,243 households including 3,062 respondents aged 19 and above.

The survey showed that 27.9% of the population aged 19 and above smoke, with 21.4% of them smoking cigarettes and 7.5 % cut tobacco. In the last three years, despite the rise in prices of tobacco products, this incidence has remained stable.

“According to the survey, the share of untaxed tobacco products is 19% on an annual level and this mostly accounts for untaxed cut tobacco,” HUP chief economist Iva Tomić said, adding that higher prices are pushing people to buy unstamped tobacco products.

“Although this trend has been decreasing since 2019, a relatively high level of illegal products is still present, which has considerable economic and social implications, for budget revenues, the rise in crime, public health services, the decline in jobs and so on,” Tomić said.

In 2021, revenues from excise tax and VAT on tobacco products amounted to nearly HRK 8 billion, or 8 per cent of total tax revenues. However, due to the consumption of untaxed tobacco products the government loses HRK 1.3 billion annually.

Tomić said that state institutions were making considerable efforts in combating the illegal trade in tobacco products, introducing a product traceability system, increasing seizures of such products, limiting the import of tobacco products from non-EU countries to two packets per person, and imposing restrictions on raw tobacco.

“A good regulatory and tax environment is crucial for business stability and is in the interest of all tobacco market participants,” Tomić said.

Kosovo’s request for CoE membership puts Serbia between a Rock and a Hard Place
Politicians, Doctor & bodybuilder sexy Serbian MP Maja Pavlovic can do everything