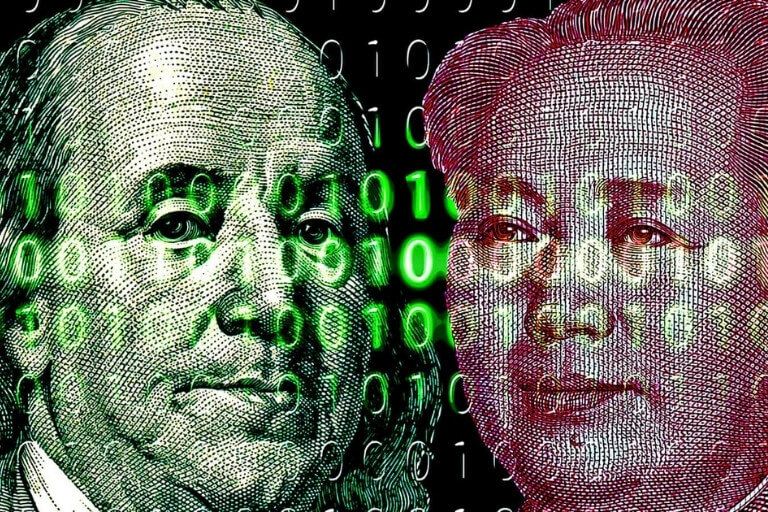 Until recently, Kosovo boasted some of Europe's cheapest electricity rates, making cryptocurrency mining especially attractive. It has boomed in northern Kosovo, home to much of the country's ethnic Serb population who refuse not only to recognize Kosovo's independence but have not paid for power in decades, making the mining even cheaper.
Post Views: 294

Prague (19/05 – 35.71) Dragan says he makes up to 2,000 euros ($2,270) a month mining cryptocurrency in a mostly Serb enclave in the north of Kosovo, about five times the average monthly income in one of Europe’s poorest countries.

Making it all the sweeter is the fact Dragan pays nothing for electricity, used in abundance in such energy-demanding operations involving complex computer calculations to verify transactions.

But now Dragan, who didn’t want to use his real name, tells RFE/RL’s Balkan Service that he is putting a halt to his cryptocurrency mining activities.

His decision came after authorities in Kosovo announced on January 4 a blanket ban on cryptocurrency mining amid an energy crisis in the Southeastern European country of some 1.8 million people. Kosovar police have carried out raids in recent days, confiscating hundreds of high-tech devices used in cryptocurrency mining.

Economy Minister Artane Rizvanolli described the action as an “emergency measure” due to the crisis, although experts have questioned whether the government has such a right as Kosovo has no law regulating cryptocurrency mining.

In December 2021, Kosovo announced a 60-day state of emergency to deal with the energy crunch exacerbated by a shutdown at one of the country’s two coal-fired power plants, forcing Pristina to import power.

Energy prices have soared across Europe amid a spike in demand for natural gas as economies recover from the COVID-19 pandemic and fresh tensions with Russia, which supplies one third of Europe’s gas.

Moscow has rejected European accusations that it has reduced gas deliveries amid reports it has massed tens of thousands of troops and military hardware on the border with Ukraine, sparking fears of a fresh invasion there.

It has boomed in northern Kosovo, home to much of the country’s ethnic Serb population who refuse not only to recognize Kosovo’s independence but have not paid for power in decades, making the mining even cheaper.

“We don’t pay for electricity here, so why not produce [cryptocurrency],” Dragan stated bluntly.

Dragan says he has been mining cryptocurrency for four years, using his balcony at his apartment in North Mitrovica to store his equipment.

The electricity used in mining for cryptocurrencies is enormous. bitcoin uses more electricity annually than the whole of Argentina, an analysis in 2021 by Cambridge University suggested.

People in northern Kosovo have not paid for electricity since 1999, when NATO launched a bombing campaign to halt Belgrade’s crackdown on Kosovo’s mainly ethnic Albanian community.

In 2008, after years of fruitless negotiations with Belgrade, Pristina unilaterally declared its independence, a move now recognized by more than 110 countries, but not by Serbia, ally Russia, and, among others, a few EU states facing separatist claims of their own.

As of January 12, police in Kosovo announced the seizure of nearly 430 bitcoin mining devices.

On January 6, police said they had confiscated mining machines “suspected to be used for the production of cryptocurrencies” in a raid in the city of South Mitrovica.

On January 8, authorities in Kosovo reported that they had aided the country’s customs agency in seizing another 272 Antminer bitcoin mining machines in the municipality of Leposavic. One person was arrested during that raid, police said.

The confiscated equipment uses as much electricity as 500 homes a month or between 60,000 and 120,000 euros,, said Finance Minister Hekuran Murati. “We cannot allow the illegal enrichment of some, at the expense of taxpayers.”

That same day, police also reported in a press release that they had also seized a further 39 bitcoin mining machines north of Pristina.

Economy Minister Rizvanolli praised the seizures in a post on Twitter, saying they would save taxpayers “tens of thousands of euros a month.”

Despite the raids, some cryptocurrency miners said such police actions would likely be a blunt instrument. A day after the ban was announced but before the first raids, RFE/RL’s Balkan Service said cryptocurrency mining devices were still being sold new on the Internet, including 100 Antminer machines.

“They [cryptocurrency computers and equipment] are just like all other household appliances, like refrigerators, televisions, electric stoves; they all use electricity. It’s impossible to single them out,” Ardian Alaj, co-owner of a cryptocurrency exchange company in Pristina, tells RFE/RL. And any seizures of equipment bought legally could be fraught with legal challenges, Alaj says.

“It is still unclear what will happen to all those people and companies who have bought these devices and who have imported them in a regular procedure, and have paid about 29.5 percent customs duties and VAT,” Alaj said.

Granit Kadolli, who says he has been mining cryptocurrency in Kosovo for years, tells RFE/RL the government ban could hit many Kosovars hard in the pocket as many have bought equipment — some of which can run as high as 7,000 euros — on credit.

“People have taken out loans to buy this equipment,” Kadolli said.

Others have questioned whether Pristina had the law on its side to institute such a ban.

“There is not enough of a legal basis for the ban of cryptocurrency mining, considering that no special law regulates this issue,” Arber Jashari, a Kosovo-based legal expert, told Balkan Insight on January 7.

Kosovo lawmakers drafted a cryptocurrency bill in October 2021. Though the parliament was expected to adopt it by the end of 2021, the legislation is still pending.

Kosovo is not alone in going after cryptocurrency miners.

China has also waged a crackdown on bitcoin mining over the past year, culminating in a full ban in September.

Cryptocurrencies have also been criticized due to their negative environmental impact, with the aforementioned University of Cambridge study finding that only 39 percent of the electricity powering the bitcoin mining process comes from renewable sources, with a hefty 61 percent coming from power stations fueled by natural gas, oil, and coal.

Back in northern Kosovo, Dragan waits in trepidation, wondering whether he will be ensnarled in the crypto crackdown.