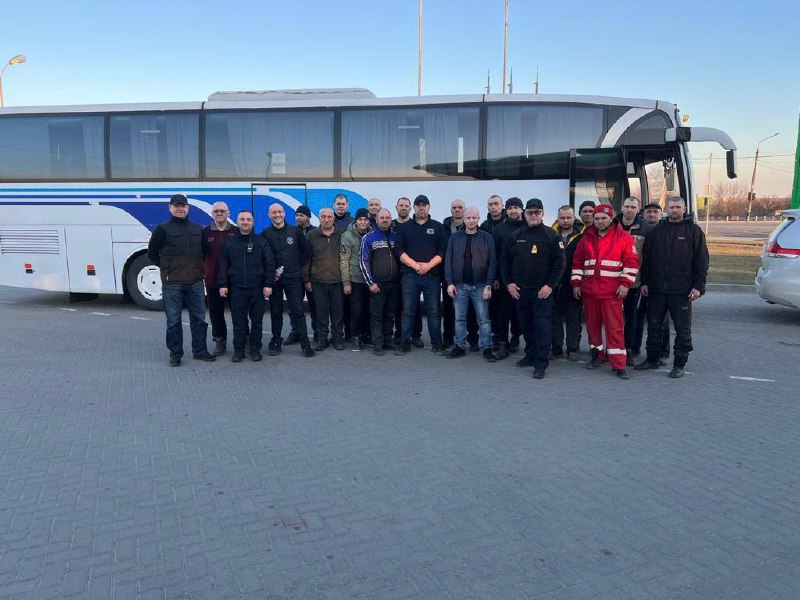 Ukrainian troops who famously told an approaching Russian warship on the first day of Russia’s invasion of Ukraine to “go fuck yourself,” have been freed in a prisoner exchange, Ukrainian officials said Thursday.

Ukraine initially said 13 soldiers stationed at the remote Zmiinyi, or Snake Island — some 40 kilometers (25 miles) from the border of Romania — were killed and would posthumously be awarded Hero of Ukraine medals.

However, the Ukrainian Navy later said the 13 soldiers survived the attack and were captured by Russian forces.

Ukraine Deputy Prime Minister Iryna Vereshchuk said on Thursday that 19 soldiers captured from the island were being returned in exchange for 11 Russian merchant marines rescued from a ship that sunk off the coast of Odesa.

The Ukrainian parliament tweeted an image Thursday of the freed guards.

The move — one of the first prisoner exchanges amid the war — was ordered by Ukrainian President Volodymyr Zelensky.

On February 24, the Russian naval vessel had ordered Ukrainian border guards on Snake Island — some 40 kilometers (25 miles) from the border with Romania — to surrender or “be hit with a bomb strike.”

The warship shelled the island in response and the soldiers were initially reported to have been killed.