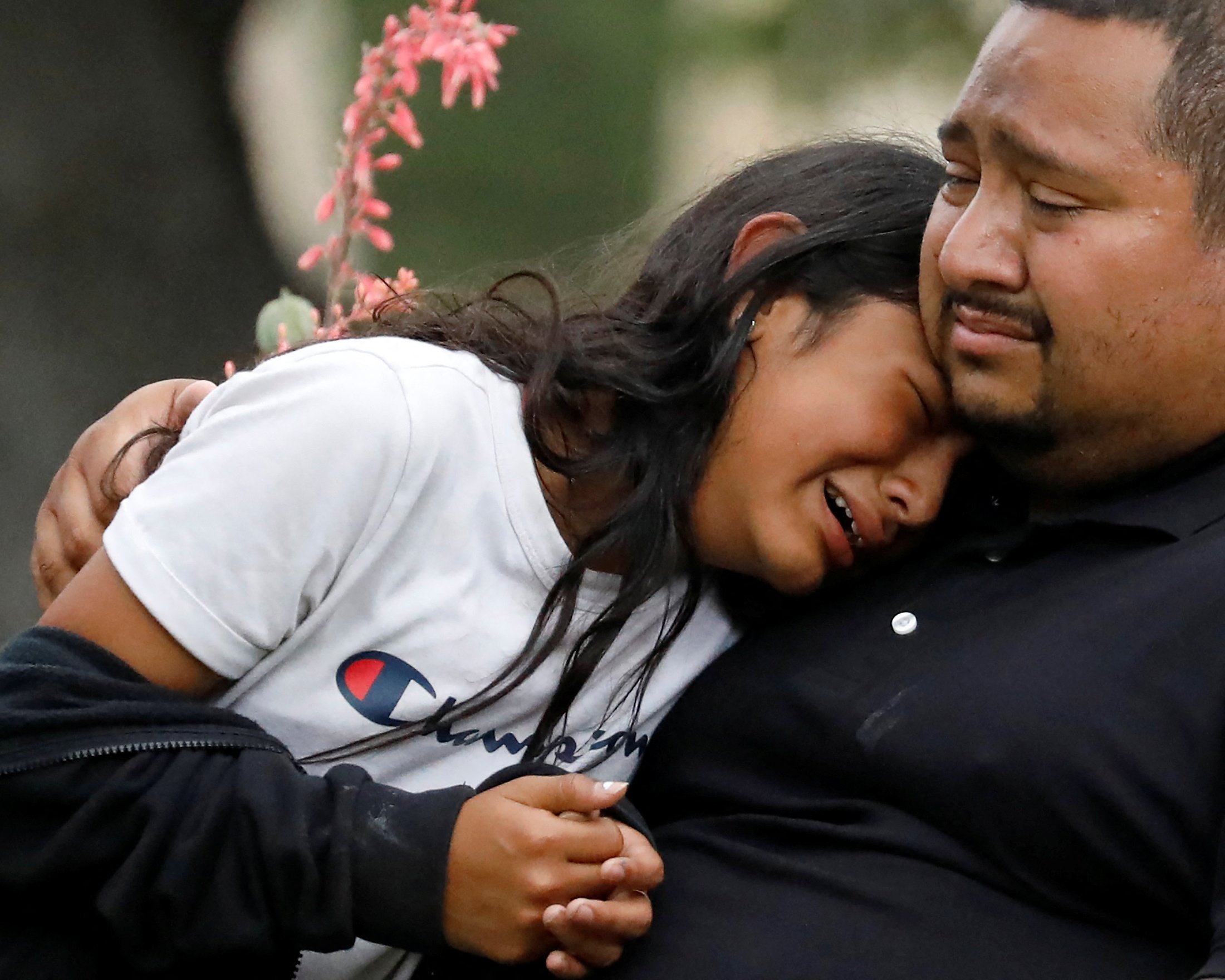 he gunman opened fire at Robb Elementary School - which teaches children aged seven to 10 - in the city of Uvalde before he was killed by law enforcement, officials said. The 18-year-old suspect had a handgun, an AR-15 semi-automatic rifle and high-capacity magazines, investigators say.
Post Views: 194

Uvalde (25/05 – 30.00) The gunman opened fire at Robb Elementary School – which teaches children aged seven to 10 – in the city of Uvalde before he was killed by law enforcement, officials said. The 18-year-old suspect had a handgun, an AR-15 semi-automatic rifle and high-capacity magazines, investigators say.

The teenager is suspected of shooting his grandmother before the rampage. Local media report he may have been a high school student in the area.

Uvalde Consolidated Independent School District Chief of Police Pete Arredondo said the shooting began at 11:32 local time on Tuesday, and that investigators believe the attacker “did act alone during this heinous crime”.

Joe Biden made an emotional plea for the US to “stand up to the gun lobby” and “turn pain into action” after 19 children and two adults were killed in a shooting at a Texas elementary school on Tuesday.

The US president’s call, delivered shortly after he returned to the White House from a trip to Asia, was aimed at provoking a response from Congress, where tougher gun control legislation has languished for years.

“Why are we willing to live with this carnage? Why do we keep letting this happen? Where in God’s name is our backbone to have the courage to deal with this?” Biden asked.

Earlier on Tuesday, Texas governor Greg Abbott said Salvador Ramos, an 18-year-old male resident of the city of Uvalde, had entered Robb Elementary School and opened fire on teachers and students. Erick Estrada, of the Texas Department of Public Safety, told CNN that 19 children were killed, along with two adults.

“Texans across the state are grieving for the victims of this senseless crime and for the community of Uvalde,” Abbott said in a statement.

Abbott said it had been reported the suspect shot his grandmother before going to the school. Estrada said the shooter crashed his vehicle in a ditch near the school and was “engaged” by law enforcement before entering the building. He said the shooter was wearing body armour and carrying a rifle when he entered the school.

Pete Arredondo, chief of police for Uvalde Consolidated Independent School District, confirmed that a “mass casualty incident” took place just after 11.30am local time at the school, which has children in the second, third and fourth grades.

Arredondo said the investigation was ongoing and that the police department was still working to get information to families of the victims. “Let me assure you, the intruder is deceased, and we are not actively looking for another individual or suspect in this case,” he said.

Uvalde is a small town in south-west Texas with a population of about 15,000, approximately 50 miles from the US-Mexico border and 80 miles from San Antonio. About 90 per cent of students at Robb Elementary are Hispanic and most of the students are considered “economically disadvantaged” by the state, according to Texas government data.

The shooting in Texas came less than two weeks after a teenager shot and killed 10 people at a supermarket in Buffalo, New York.

Biden had been briefed on the mass killing while on Air Force One and began his short remarks by describing the pain of the parents who had a piece of their “soul ripped away”, and of victims’ classmates who witnessed their friends being gunned down as on a “battlefield”.

“As a nation, we have to ask when in God’s name are we going to stand up to the gun lobby?” Biden said. “They have mental health problems. They have domestic disputes in other countries. They have people who are lost. But these kinds of mass shootings never happen with the kind of frequency that they happen in America. Why?”

Democrats in Congress have tried to pass stricter measures for years but have encountered steadfast Republican opposition, which has shown no signs of waning even for modest gun control proposals such as more rigorous background checks for the purchase of weapons. Any legislative changes would require clearing a 60-vote threshold in the Senate, meaning at least 10 Republicans would have to be in favour for gun control legislation to advance.

“I implore, beg, my Republican colleagues to join Democrats in finally making changes to our gun laws to help prevent Americans from reliving this gun tragedy far too often. We cannot continue to sit on our hands and allow innocent lives to be lost,” said Dick Durbin, the Illinois senator and chair of the Senate judiciary committee.

Chris Murphy, a Democratic senator who represents Connecticut — the state where a gunman killed 26 people, including 20 children and six members of staff, at the Sandy Hook elementary school in 2012 — delivered an emotional speech on the Senate floor criticising his Republican colleagues. “Why are you here?” he asked. “Why do you spend all this time running for the United States Senate . . . if your answer is as the slaughter increases, as our kids run for their lives: we do nothing?”

Republicans mostly expressed sympathy for the victims and their families but no or very limited interest in new gun control measures in the immediate aftermath of the Texas shooting.

“Grief overwhelms the soul. Children slaughtered. Lives extinguished. Parents’ hearts wrenched. Incomprehensible. I offer prayer and condolence but know that it is grossly inadequate. We must find answers,” Mitt Romney, the Utah senator, wrote on Twitter.

Ted Cruz, the Texas senator, accused Democrats of trying to politicise the shooting and said that “from past experience, one of the most effective tools for keeping kids safe is armed law enforcement” on school grounds.

Cruz is scheduled to speak at the annual convention of the National Rifle Association, the largest gun lobby group, on Friday, along with former president Donald Trump and Abbott, the Texas governor.