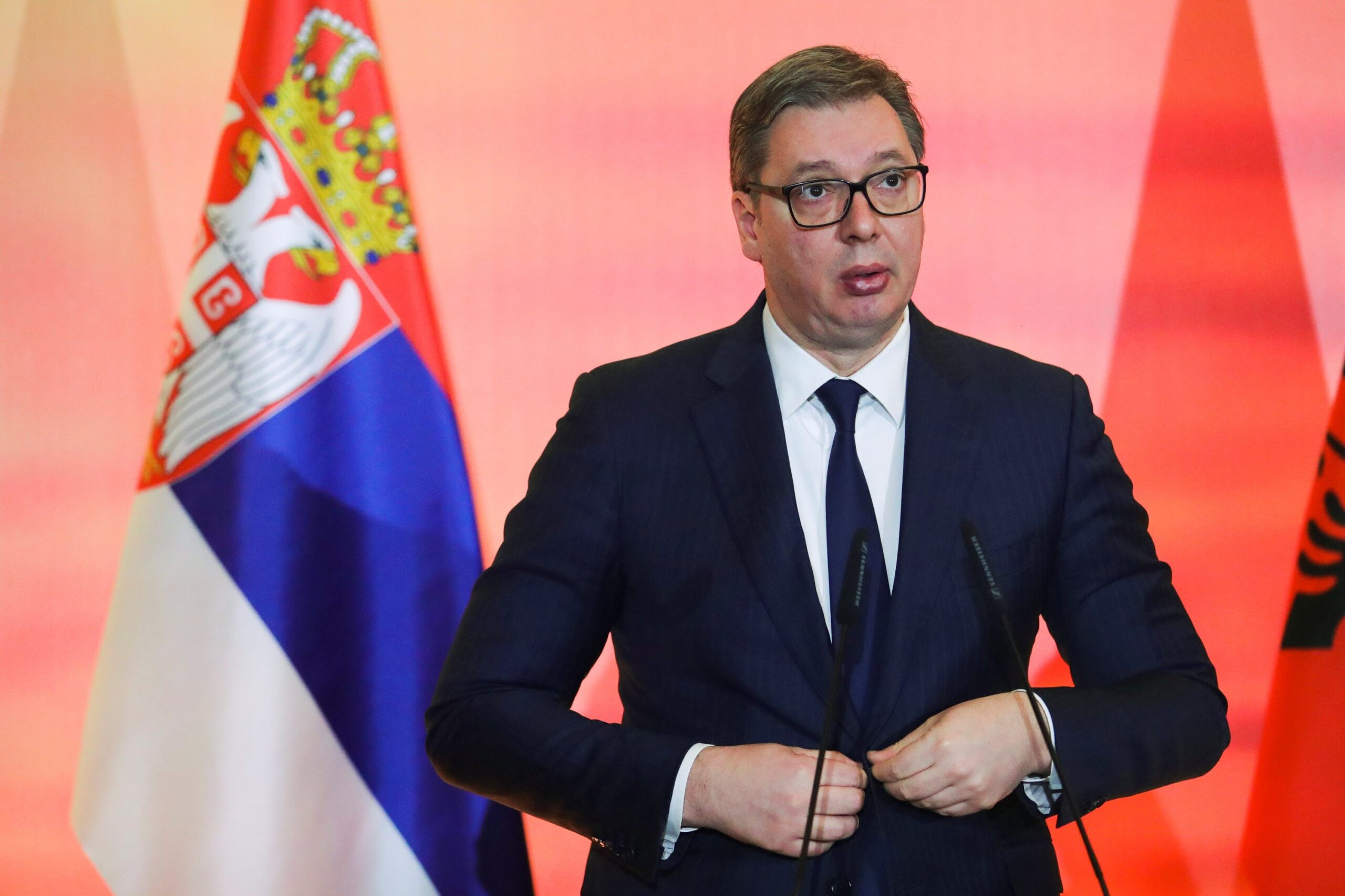 The Serbian president has been outraged by the appointment of Kosovo’s minister to ethnic groups.

Serbia’s President Aleksandar Vucic has said he will boycott a planned summit meeting between the European Union and six Western Balkan countries out of anger with Kosovo’s government.

Vucic announced his decision to skip the meeting in an angry interview on pro-government Serbian broadcaster Pink TV on Thursday.

Vucic was outraged that Kosovo’s Prime Minister Albin Kurti chose a moderate Kosovo-Serbian politician, instead of a figure closely linked to Serbia’s governing party, to serve as Kosovo’s minister to ethnic groups.

The ministerial post has usually been held by a member of the Serbian List (SL) party, which closely coordinates its policies with Vucic’s government in Belgrade.

But Kurti instead tapped Nenad Rasic, a member of the moderate Progressive Democratic Party, which is not controlled by the government in Belgrade.

The move comes amid heightened tensions between Kosovo and Serbia, which once controlled Kosovo and still refuses to recognise its independence.

In the TV interview, Vucic denounced the Kosovan president as “terrorist scum” and claimed the EU would show “a pathetic anti-Serb attitude” at the Balkan summit.

Vucic also claimed that Kurti’s appointment of Rasic “shows they want the Serbs to be expelled from Kosovo”.

Ethnic Albanians make up a majority of those living in Kosovo, but there are ethnic Serbian communities as well as Bosniaks, Turks and Roma in the small Balkan nation.

Kosovo declared its independence from Serbia in 2008.

It remains possible that Serbian Prime Minister Ana Brnabic could represent Serbia at the EU summit in Tirana even after Vucic’s angry decision not to attend.

Serbia-Switzerland, the party of the Balkan conflict in the World Cup
Tokayev Congratulated Kazakhstanis on Republic Day