Home » Putin Is Loving This Big Mistake the West Is Making 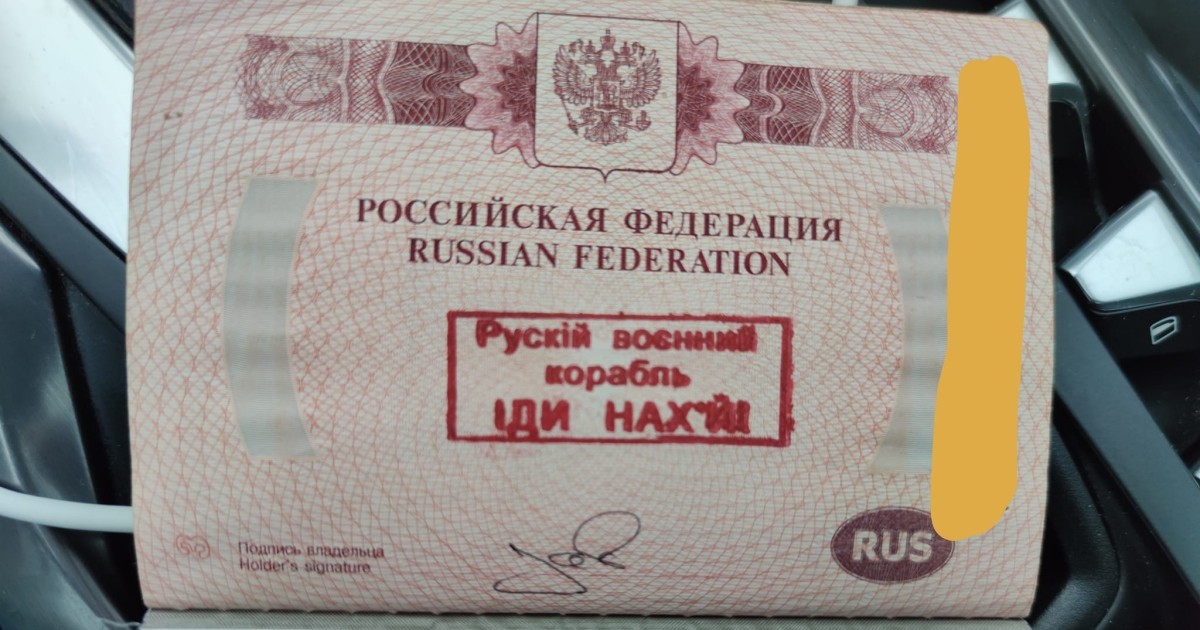 Kremlin critics the world over are rallying against moves by some European countries to slap Russian citizens with travel bans, arguing that it will have the opposite effect of ramping up pressure on Vladimir Putin to put an end to the war in Ukraine.

A slew of prominent public figures in Russia, including celebrities, politicians and journalists with anti-war views, have insisted that such bans will backfire. “Do they believe that furious Russians left without EU visas would grab a pitchfork and attack the Kremlin? No, they will not,” legendary Russian rock musician Andrew Makarevich said earlier this week.

Many Russians are already suffering from the ban. When Russian media manager Igor Zabotin attempted to enter Romania from Ukraine on Tuesday, Ukrainian border guards stamped his passport with the words: “Russian warship, go fuck yourself,” a slogan popularized by Ukrainian servicemen who said the phrase to a Russian military ship near Snake Island in the earlier days of the war.

In an interview with The Daily Beast, Zabotin, an ex-digital manager of The Moscow Times, said that he had been in Ukraine since the very first day of the war. “There are not many Russian citizens living in Ukraine, most of us just sit at home without traveling. I have never heard of any other cases like mine, of border guards stamping a passport with that slogan,” Zabotin told The Daily Beast. “But Ukrainian border guards just stamped my passport and Romania did not let me in.” Romania is among several EU countries that has introduced new restrictions and tightened up entry rules for Russian citizens.

When the conflict broke out in 2014, Zabotin protested with Ukrainian flags in Moscow and posted pictures on his social media pages. “If it is a crime to love Ukraine, Borsch and the sea in Odessa, then I am a criminal,” he wrote on his Facebook page. But his anti-war position did not hold any water with guards on both sides of the border—at least not right away: he was first kept in the neutral zone between the countries, “like in the movie Terminal,” he said, “And then turned back.”

“This is not the war of the Russian people.”

Zabotin spent 24 hours on the border, slept in his car and then decided to directly reach out to Romanian authorities and plead for help. “I asked Romania for a political asylum, because the only document I have is my spoiled Russian passport—in Russia I face from 7 to 20 years in prison for my pro-Ukrainian and anti-war public position,” Zabotin told The Daily Beast on Friday. “I had to search for my photographs at pro-Ukrainian protests that I posted on Facebook back in 2014 and present to Romanian officials at the border. They finally let me in.”

On August 31, foreign ministers of EU member countries will meet in Prague to discuss a possible total ban of Russians crossing the bloc. The Prime Minister of Estonia, Kaja Kallas, urged earlier this month: “Stop issuing visas to Russians. Visiting Europe is a privilege, not a human right.” Around the same time, the Finnish Prime Minister Sanna Marin said: “It’s not right that at the same time as Russia is waging an aggressive, brutal war of aggression in Europe, Russians can live a normal life, travel in Europe, be tourists. It’s not right.” Some countries, including Latvia, have completely stopped tourism cooperation with Russia; and Estonia stopped admitting Russians with travel visas on Friday.

But Zabotin says this approach is counter productive: “The idea of locking people out, so they would not see anything outside their bubble is not the development of civilization.”

The son of well-known Russian LGBT activist and blogger Karen Shainyan was living in Kyiv when Putin sent his army to Ukraine. Karen was among the first Russians to speak out against the war, eventually earning him a “foreign agent” designation from Russia. He now lives in exile in Berlin, working as a television presenter at OstWest television channel. “It’s a shame,” that European countries that had originally welcomed Russian independent media and opposition activists three months ago now ban Russians from entry, Karen told The Daily Beast. “Journalists of all independent Russian news media, against Dozhd TV, Kholod and Novaya Gazeta, have not done anything wrong in the past three months.”

He continued: “If during the Cold War it was Moscow who kept the Iron Curtain Shut, it’s now the West and not the Kremlin who is closing the door for Russians, like Trump did for Mexicans and that’s making Putin happy.”

Some world leaders agree. “This is not the war of the Russian people. It is Putin’s war and we have to be very clear on that topic,” German Chancellor Olaf Scholz said earlier this week, refusing to back the calls for an EU-wide ban on tourist visas for Russians.

Prominent political observer and independent journalist Olga Bychkova feels strongly that European leaders shouldn’t impose collective punishment on Russians. “Russian authorities have crossed the red line long ago, they don’t care how many people they throw in jails or how many combatants they use as cannon fodder—all political protests will in Russia end with more repressions, ruined careers and often violence,” Bychkova told The Daily Beast. “But it seems that EU countries banning visas for Russians do not feel like figuring out the 50 shades of Russian gray.”

More than two million Russians own property in the EU, many of whom are rushing to get permanent residency status in anticipation of further travel bans. A Russian film producer, 40-year-old Alyona, has owned a house in Spain for seven years, but has only just applied for a residence permit. “Russia at war is not where I would like to bring my children up,” she told The Daily Beast.

Thousands of Russians who do not support Putin’s assault on Ukraine continue to flee to Israel, Georgia, Armenia, Serbia, Dubai and other EU countries. In recent days, the number of Russians applying for travel visas has increased by 40 percent, according to Kommersant.

Imprisoned leader of the Russian opposition, Aleksey Navalny, has a clear message for the West about who their main targets for sanctions should be—targets that would help to divide the Russian elite, instead of making the lives of ordinary Russians more difficult.

“I call on voters and legislators in the EU, UK, U.S. and Canada to put pressure on [Russia’s] executive branch, and urgently impose massive personal sanctions against Putin’s thieves,” read a statement on Navalny’s Twitter account on Tuesday.