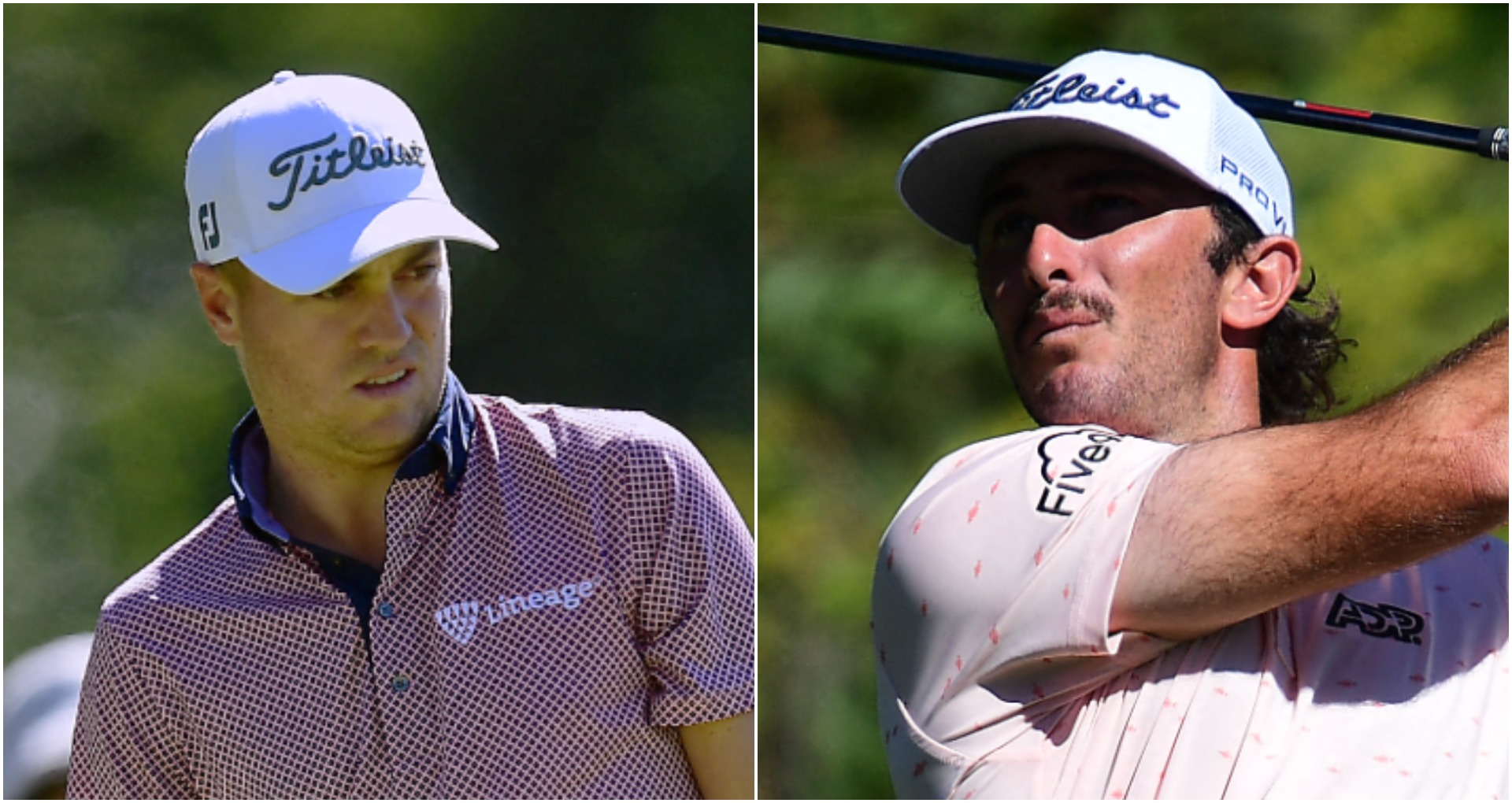 Justin Thomas has joked to Max Homa he needs to keep his hands off Jim “Bones” Mackay after the duo appeared to hit it off filming a promo PGA Tour video.

It appears that during this segment, the duo hit it off. So much so, that Homa may be thinking of trying convince Bones to jump ship.

I mean, apparently this video was shot in one take. Homa and Bones are nothing but professional.

We joke, of course. Homa is very close with his caddie Joe Greiner. It has been reported that the pair met when they were six years old.

Greiner initially worked with Homa in 2013, before switching over to work for Kevin Chappell.

When Chappell got injured, the pair were re-united in 2019 where they have remained ever since.

Now he is a five-time winner on the circuit and he played a starring role in the U.S. demolition of the International side in the 2022 Presidents Cup.

Homa is quite clearly targeting a spot in the next Ryder Cup team. He’s already tried to butter up U.S. captain Zach Johnson.

Tiger Woods won the PIP for the second year running. He picked up $8m in 2021 and received a $15m payout this year.

As for Thomas, he employed Bones on a permanent basis in September 2021. Bones was working as an on-course reporter and analyst but was lured out of retirement by the two-time major champion.

Mackay won five major championships on the bag with Mickelson during their 25-year partnership.

At the time, he said:

“I love to caddie and I loved my role with NBC/Golf Channel, but it’s Justin Thomas.”