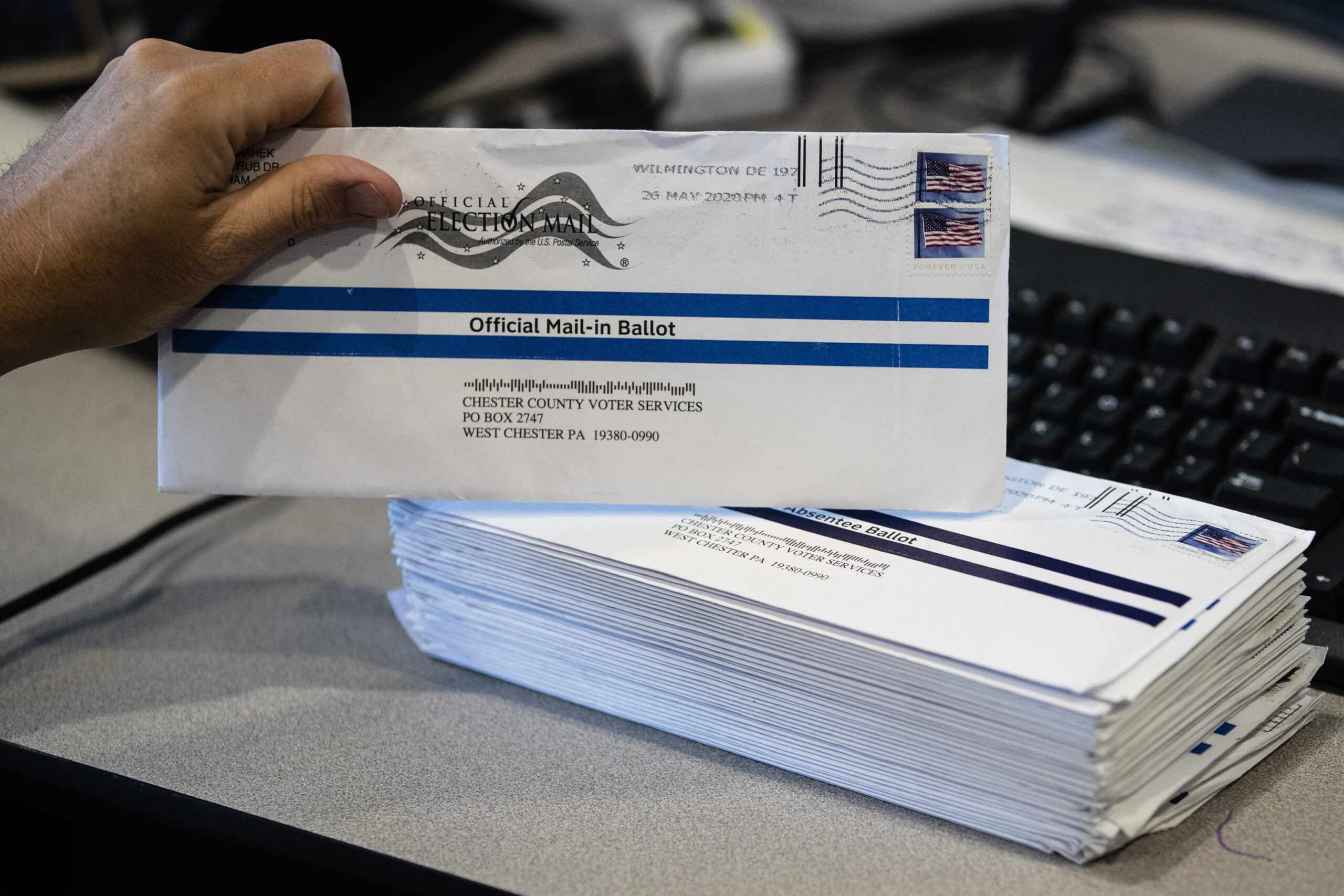 GOP officials in the state are coming to the belief that it’s better to work within the system than politically die by it.

PHILADELPHIA — For the past two years, Republican officials in the critical battleground state of Pennsylvania have blasted mail voting, firing off lawsuits and bills aimed at crippling the balloting method that has become increasingly popular post-pandemic.

In the wake of a midterm cycle that proved disastrous for them, they’re wondering if their antipathy to the idea cost them the election.

Across the country, the GOP’s disappointing midterm results have kicked off hand-wringing about the party’s attitude toward early voting and mail ballots. Florida Gov. Ron DeSantis and former U.N. Ambassador Nikki Haley — both potential 2024 GOP presidential candidates — have said recently that Republicans can’t simply ignore the voting mechanisms Democrats have taken advantage of.

But the about-face is particularly striking in Pennsylvania, where Republicans have adopted an especially uncompromising approach to mail-in voting.

Their criticism of the method continued from there. Pennsylvania Republicans attacked Democratic Gov. Tom Wolf and the state’s top election official for the way they implemented the 2019 mail voting law. They lambasted court rulings on the procedure, including those that enabled the use of drop boxes and allowed mail ballots to be received up to three days after the 2020 election as long as they were postmarked by Election Day.

The 2022 Pennsylvania GOP’s gubernatorial nominee, Doug Mastriano, pledged during his campaign to eliminate no-excuse mail-in voting and led the movement to overturn the 2020 presidential election in the state. Republican state lawmakers filed a lawsuit that attempted to toss out the very vote-by-mail law they helped pass. Republican Jake Corman, the retiring state Senate President Pro Tempore, said mail voting should be ended.

But the blue wave that hit Pennsylvania in 2022 — in which Republicans lost key races for governor, Senate, House and the state legislature — is forcing the GOP to reassess.

“Republicans focus on Election Day turnout and Democrats started a month ahead of time,” said former Rep. Lou Barletta, who ran unsuccessfully for governor in the GOP primary this year. “If we want to win, if Republicans want to win, they got to get better at” mail voting.

Many Republicans in Pennsylvania continue to hope that the state’s vote-by-mail law is repealed. And there is little indication that they will stop proposing bills to end mail voting.

But with Democrat Gov.-elect Josh Shapiro set to take office next year, they acknowledge that those bills have little chance of being signed into law, at least in the near future. So they’re pledging to work within the system.

“Democrats transformed the election landscape with their mail-in ballot schemes in many states — and Republicans must respond by decisively winning this battle,” said Rep. Guy Reschenthaler (R-Pa.).

Since Election Day, Pennsylvania Republicans have said in interviews and post-mortems that the party’s apparatuses and outside conservative groups must persuade voters — especially irregular voters who back the GOP — to take advantage of vote-by-mail and make it a key piece of their get-out-the-vote operations.

“Republican and conservative activists need to embrace mail-in voting, as it isn’t going away any time soon,” wrote GOP state Rep. Russ Diamond in a post-mortem on his website. “Our goal isn’t to convince regular voters to vote by mail, but to figure out how to cultivate mail-in votes from those registered Republicans who vote infrequently or don’t vote at all.”

But the GOP is confronting a well of distrust within its base. In this year’s gubernatorial race, Shapiro received more than 1 million votes by mail, according to Pennsylvania’s Department of State. Mastriano only won 187,000. Even in the closer Senate race, Democrat John Fetterman collected 960,000 mail ballots, while Mehmet Oz took in just 234,000.

Republicans also concede that their party currently lacks the infrastructure needed to compete with Democrats on mail voting in swing states like Pennsylvania.

Lawrence Tabas, chair of Pennsylvania’s Republican Party, has not backed down from his belief that Democrats botched the implementation of the state’s new vote-by-mail law in 2020. Nonetheless, he said, the GOP needs to adapt to the reality that mail voting is a legal means of casting a ballot in the state.

“I intend to work on encouraging and getting our voters to vote by mail,” he said. “I mean, 650,000-some ballots were cast this year before the U.S. Senate debate even occurred. You have 50 days to vote by mail. If you vote at the polls, it’s 13 hours. We outvoted the Democrats at the polls. But the mail is something that we need to work on.”

Hanging over the efforts by Republicans in Pennsylvania and across the country to embrace mail voting is Trump. The former president has continued to argue that the method is inherently untrustworthy and, in part, responsible for his loss in the 2020 election.

Unlike some national Republicans, Tabas did not shy away from saying Trump was an issue when it came to the party’s problems with mail voting. He said the former president “was not a fan of mail-in balloting and was critical of it and that did not help.”

But, to a large degree, Republicans in the state seem poised to move forward with mail voting regardless of what Trump says. Many have concluded they can’t win otherwise. Charlie Gerow, the Pennsylvania-based vice chair of the Conservative Political Action Coalition, likened the GOP’s approach to mail-in voting to a basketball player who abstains from shooting from behind the three-point line because he doesn’t like the rule.

“You could play a game that way. And more times than not, you would lose,” he said. “Or you can say, ‘Hey, I don’t like the three-point line. But by gosh, I’m going to be the best three-point shooter you can find.’ And that’s what I think the Republicans have to be now.”

With Race to Dubai triumph, Rory McIlroy proves he’s got the strength to lift more
EU Discusses Plans for the Reduction of Migrant Influx From the Balkans