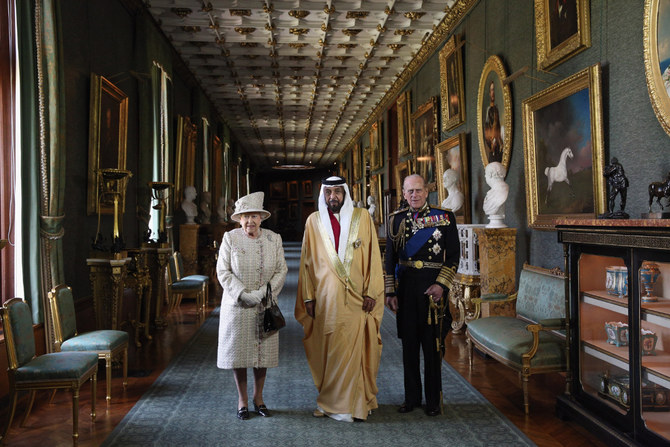 Messages of condolence have poured in from around the Middle East and the world following news of the death of Sheikh Khalifa bin Zayed Al-Nahyan, the president of the UAE, at the age of 73 on Friday.
Post Views: 216

Dubai (Arab News), May 14 (14/05) Messages of condolence have poured in from around the Middle East and the world following news of the death of Sheikh Khalifa bin Zayed Al-Nahyan, the president of the UAE, at the age of 73 on Friday.

“The Emirates lost its righteous son, the leader of the ‘empowerment stage’ and the trustee of its blessed journey,” Sheikh Mohammed bin Zayed Al-Nahyan, the crown prince of Abu Dhabi, said in a tweet. “His stances, achievements, wisdom, giving and initiatives in every corner of the country. May God have mercy on you with his vast mercy and enter you into his paradise.”

Throughout the day, Gulf leaders offered messages of condolence to Al-Nahyan family and the Emirati people. In a statement published by SPA, Saudi Arabia’s Royal Court said the news of Sheikh Khalifa’s passing had been “received with great sadness and sorrow.”

King Salman and Crown Prince Mohammed bin Salman “expressed their deepest condolences and sympathy to the government of the United Arab Emirates, the honorable Al-Nahyan family, the brotherly Emirati people, and to the Arab and Islamic nations on passing away of a leader who has given a lot to his people, nation and the world.”

Declaring three days of national mourning, Oman’s Sultan Haitham bin Tarik said: “The Sultanate shares the grief of the leadership, government and people of the brotherly United Arab Emirates in their great affliction.”

Also ordering three days of official mourning, Bahrain’s Royal Court “paid homage to the late UAE president who passed away after a life rich in achievements to serve the UAE people as well as the Arab and Islamic nations.”

In a statement issued by the Qatari Emiri Court, Emir of Qatar Sheikh Tamim bin Hamad Al-Thani said: “We have lost with his passing a great leader who was wise and moderate, who devoted his life and effort to serve his country and nation.”

Speaking for Kuwaitis, Emir Sheikh Nawaf said: “The Arab and Islamic nations have lost one of their leaders. The great man who devoted his life to serving his country and people and defending Arab and Islamic causes.”

Dr. Nayef Falah Mubarak Al-Hajraf, secretary-general of the Gulf Cooperation Council (GCC), conveyed his heartfelt condolences, saying Sheikh Khalifa had lived “a life full of giving and giving in the service of his people, his homeland and the Arab and Islamic nation.”

Ahmed Aboul Gheit, secretary-general of the Arab League, issued a statement of condolences addressed to the UAE leadership, government and people, adding that the Arab League will observe three days of mourning with flags to be flown at half-mast.

Leaders across the wider Middle East and North Africa also paid their respects. “With sincere sadness and sorrow, I mourn one of the most precious men and one of the greatest leaders,” Egyptian President Abdel Fattah El-Sisi tweeted on Friday.

“He gave a lot to his country and his nation, until the Emirates became a model for development and modernity in our region and the world.”

Jordan’s Royal Hashemite Court likewise offered its condolences. “We have lost a dear brother and an outstanding leader who inherited wisdom from his late great father Sheikh Zayed and dedicated his life to serving his country and the Arab and Islamic nations,” Jordan’s King Abdullah II tweeted.

Iraq’s President Barham Salih said Sheikh Khalifa was a man “known for his wisdom and generosity for the sake of his homeland and the Arab and Islamic nation,” while Prime Minister Mustafa Al-Kadhimi said: “We are confident that the pioneering path that the late great man took will continue with the efforts of his country’s leadership and people.”

Arab leaders were not the only Middle East public figures who offered their condolences. Israel’s Prime Minister Naftali Bennett said: “Sheikh Khalifa’s legacy and tremendous deeds are greatly admired in Israel. The State of Israel stands alongside the United Arab Emirates at this difficult time.”

Israel and the UAE established diplomatic relations in 2020 — the first of several US-backed normalization agreements between the Jewish state and Arab countries that year known as the Abraham Accords.

Israel’s President Isaac Herzog called Sheikh Khalifa’s death “a great loss for our friends in the UAE and for the whole region.”

He added: “Sheikh Khalifa’s bold leadership contributed so much to the advancement of the UAE and its people and to the growing partnership between our countries and is a great legacy for his successors.”

United Nations Secretary-General Antonio Guterres offered condolences to the UAE leadership and people, noting that Sheikh Khalifa “led the UAE through a significant period of its development, marked by great economic advances and a surge in its regional and global influence.”

Messages also arrived from further afield. The Indian government announced a day of mourning on Saturday.

“As a mark of respect to the departed dignitary, the government of India has decided that there will be one day’s state mourning tomorrow throughout India,” the Indian Ministry of Home Affairs said in a statement.

India’s Prime Minister Narendra Modi tweeted he was “deeply saddened” by the news, saying Sheikh Khalifa “was a great statesman and visionary leader under whom India-UAE relations prospered.”

US President Joe Biden paid tribute to Sheikh Khalifa, calling the departed Emirati leader a “true partner and friend of the United States.”

“We will honor his memory by continuing to strengthen the longstanding ties between the governments and people of the United States and the United Arab Emirates,” Biden said.

“Sheikh Khalifa did much to strengthen friendly relations and constructive cooperation,” said Russian President Vladimir Putin, while French President Emmanuel Macron said his “thoughts go out to his brother Crown Prince Mohammed bin Zayed, to his whole family and to the Emirati people.”

Italian President Sergio Mattarella also offered his condolences, saying he would remember Sheikh Khalifa for his “tenacity and farsightedness.”

In a message to Sheikh Mohammed bin Rashid Al-Maktoum, now the acting president of the UAE, Mattarella said he “learned with sadness the news of the passing of His Highness Khalifa Bin Zayed Al-Nahyan,” who, he added, had led his country on “an important path” of growth and development.

UK Prime Minister Boris Johnson said he was “saddened” to learn of Sheikh Khalifa’s passing. “He was a wise and respected leader who will be missed enormously. Through his work as president and sheikh he has made a personal contribution to regional stability and conservation which will long be remembered.

“I know that the long and deep ties which unite our countries will continue and through our cooperation and friendship, we can ensure peace, prosperity and justice in the world.”

Tony Blair, the UK’s former prime minister, who continues to foster a close relationship with the Middle East and its leaders, shared his “deep sorrow” upon learning of Sheikh Khalifa’s death.

“On this sad occasion I recall the president’s long and distinguished career as a public servant. He was respected not only in his country but throughout the wider region and the world.”

Born in 1948, the eldest son of Sheikh Zayed, Sheikh Khalifa took over as the UAE’s second president in November 2004, succeeding his father as the 16th ruler of Abu Dhabi, the largest of the country’s seven cities and until 1971 an independent emirate.

Sheikh Khalifa led the UAE as it began its rise to become a global oil and commercial power. He leaves behind his wife Sheikha Shamsa bint Suhail Al-Mazrouei and their eight children.

Sheikh Khalifa is likely to be succeeded by Sheikh Mohammed, the crown prince and deputy supreme commander of the UAE armed forces.