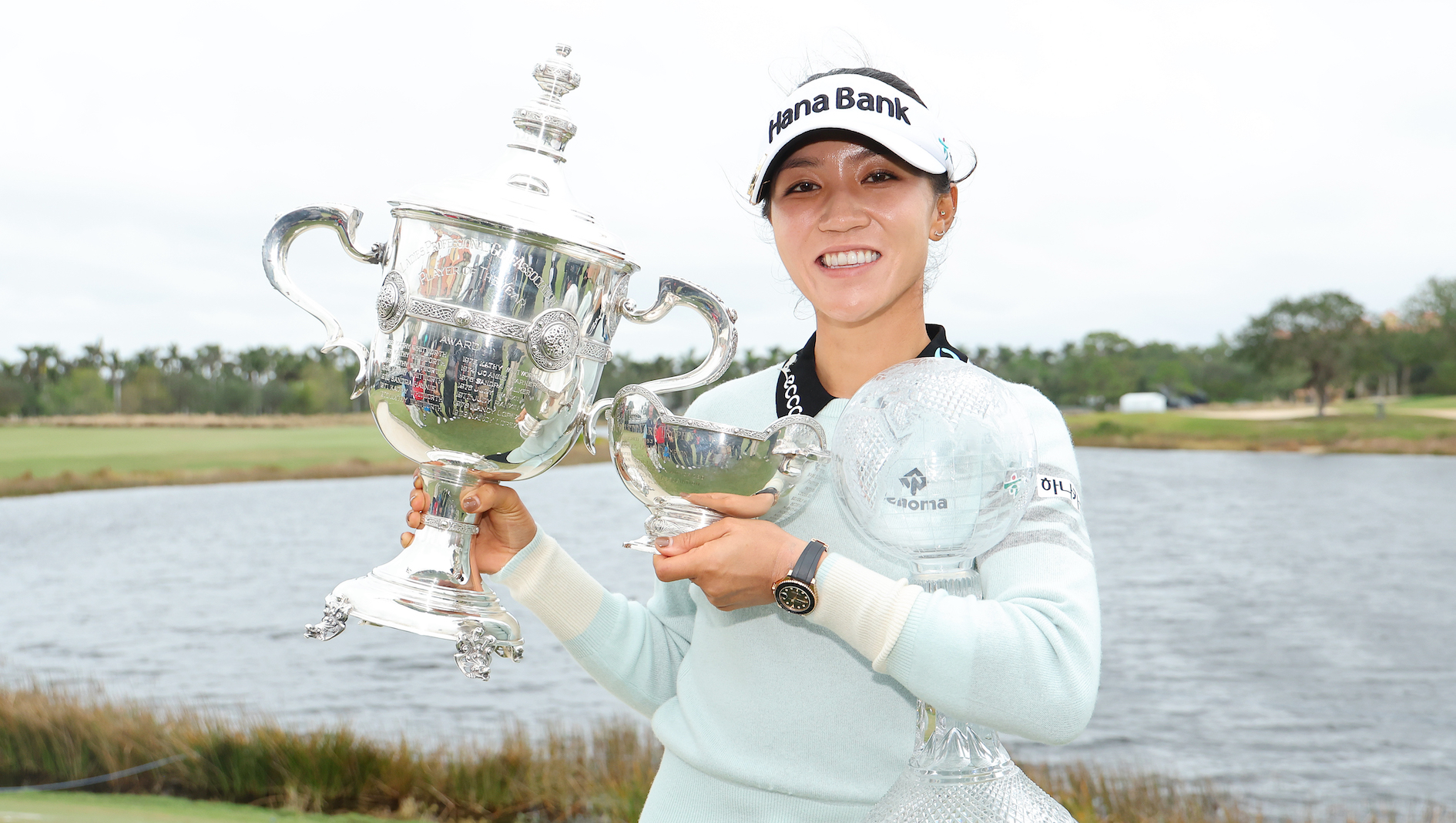 Although Lydia Ko has played some of the best golf since she joined the LPGA almost 10 years ago, she has had to face her most vocal critic all year…her mother, Tina.

“My mom sometimes jokes with me,” Ko said before playing in the final round of the CME Group Tour Championship on Sunday. “She says, ‘You played so much better when you were about 15.’

“I said, ‘Thanks, mom. What should I do with this information?’ ”

Maybe take it and prove her wrong?

Because that’s exactly what the 25-year-old New Zealander managed to do at the last event of the LPGA season.

Ko capped a comeback year by winning the CME Group Tour Championship at Tiburon Golf Club and the $2 million first-place prize. The win was her third of the season and her 14th top 10.

And just in case mom isn’t careful, Ko might have to build a new suitcase at her Orlando home just for the hardware she took home on Sunday.

Now, will mom give her some credit?

But Ko wouldn’t have it any other way. She credits her mum for keeping her “super grounded” as when she asked for a shot on Sunday, her worst of the day.

“Remember that thing you hit at 14 that went in the water?” said her mother. “I thought yeah thanks mom.”

The importance of Kos’ reward for shooting 2-under 70 and finishing the weekend 17-under par, two shots better than Ireland’s Leona Maguire, cannot be underestimated.

Big check for Ko, bigger checks for the LPGA tour

Ko will cash the biggest check in the game’s history, a prelude to what’s to come at the LPGA.

Commissioner Mollie Marcoux Samaan announced that the tour will award more than $100 million in prize money for the first time next season.

Two more years close to what she did in 2022 and Ko will overtake Annika Sorenstam as a career money leader in women’s golf.

Ko’s season was highlighted by bookend victories at the Gainbridge LPGA in Boca Raton and the Tour championship. Her other win was at the BMW Ladies Championship in South Korea, which was as special as any win in her home country career.

This is her first season of multiple wins since 2016, the year after she became the youngest golfer, male or female, to become world No. 1. she was 17

“This year was special,” she said.

Ko and Maguire started the cool, wet, windy day 15-under, five shots clear of the field. Maguire was twice a shot short of knockout in the first seven holes before a birdie on par-3 No. 8 gave Ko a lead she never relinquished

“I didn’t want to raise expectations too high,” Ko said. “I want to end the season on a high note but I know that whatever happens and although there’s a lot at stake just know it’s been a great season.”

Even mom can agree.

“She may be one of my toughest critics, but I know she just wants me to keep growing,” Ko said. “I should say ‘thank you’ more often, but I don’t end up saying that. It’s easier to say when she’s not here, but I have to thank her because she does everything for me.”