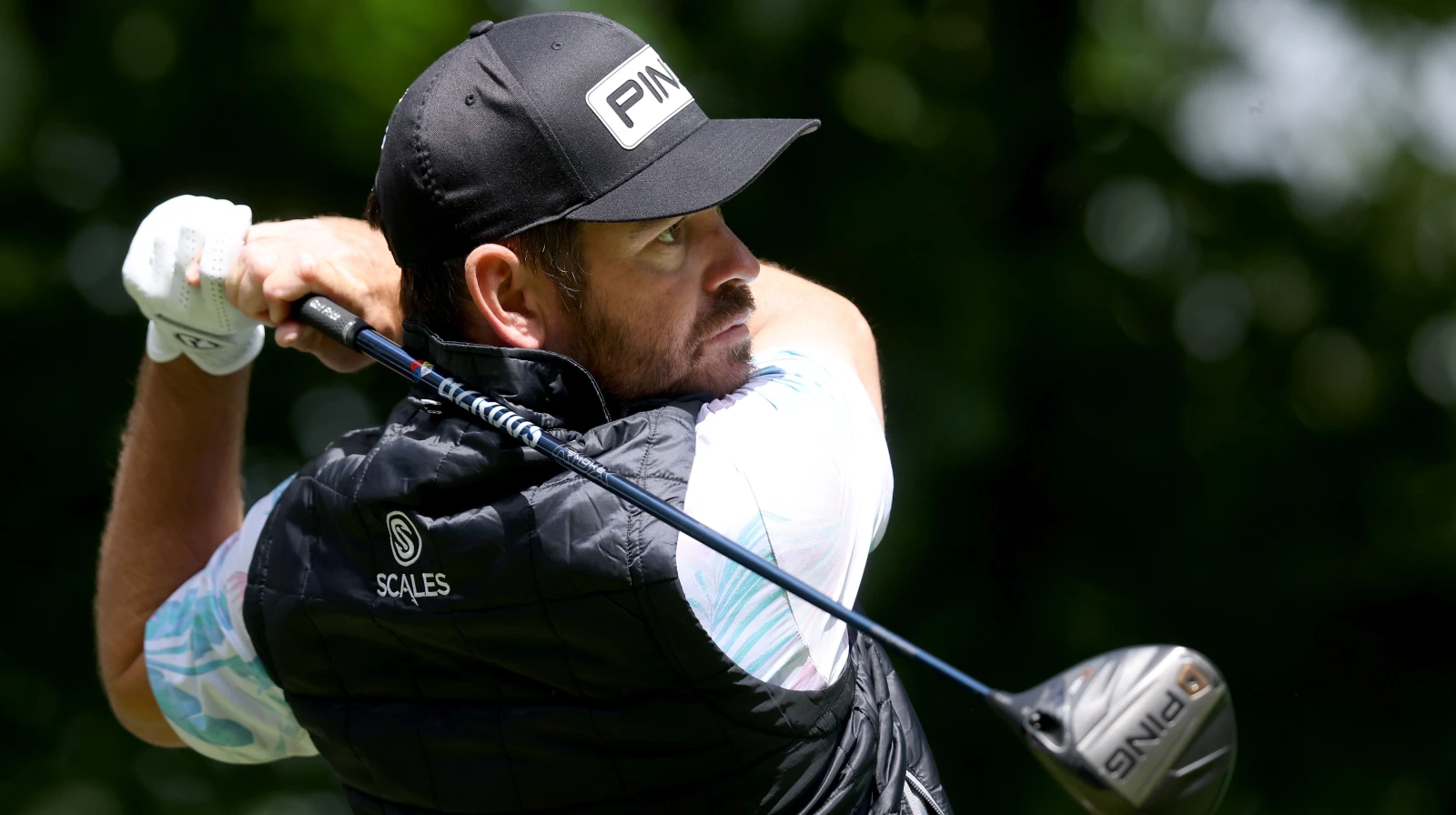 Everything you need to know about the rebel series

St. Andrew’s, Augusta (9/8 – 42.86/54.55). The LIV Golf Invitational Series – or the LIV Golf League as it will become in 2023 – has been the hottest topic in golf this year. A great article all about the LIV Golf League, or as everyone calls it the Rebel tour, can be found here.

And the PGA is facing with the dilemma, like Coca-Cola faced with Pepsi, Nike with New Balance, or Lewis Jeans with whatever the other brand is called. Competition is good and after all Golf is a competitive sport. It is the question if the PGA can get over it and accept the realities. Unfortunately, as the Guardian called it, it started a civil war, which would be a great meme.

One of the harshest critiques, Rory McIlroy (estimated worth 170 million USD), and others like the aging Tiger Woods (estimated worth 800 million USD, with an annual salary of 50 million USD!) are slowly appearing to be sour grapes over what is a hefty purse for all the players, not just a few. Celebrity net worth wrote, “For example, between June 2019 and June 2020 he earned $63 million from his various endeavors. It is the question why multi-millionaires complain about a bunch of golfers suddenly also make money?

Since turning pro in 1996, Tiger’s career earnings top $1.7 billion.” One fan expressed what many of us think, “What’s the fuzz all about, get on with playing golf!” The LIV Golf League getting the attention the PGA has created and a hefty lawsuit by the rebel tour which widens the divide.

Minor add on. After the LIV Golf League went live the PGA announced it will raise its purses. Guess competition works.

Action finally got underway in June at the Centurion Club, near London and there will be eight Liv Golf events in 2022, with 14 in 2023. But what is the LIV Golf Series, why is it so controversial, how will the DP World Tour and PGA Tour counter its threat, and what does it mean for the future of the game? Let’s find out.

Formerly known as the Super Golf League, the LIV Golf Invitational is a Saudi-backed venture consisting of eight invitational tournaments with no cuts, shotgun starts and a $255 million purse. It is being fronted by Greg Norman, the two-time Open champion and former World No.1.

What does LIV mean?

It is the Roman numeral for 54, which is the number of holes to be played in each event. It also refers to the lowest score you could shoot were you to birdie every hole on a par-72 course. Why they haven’t named it 54 Golf League is a puzzle yet to be solved.

How is the LIV Golf League funded?

The league is backed by LIV Golf Investments, whose CEO is Greg Norman. A company’s shareholder is The Public Investment Fund (PIF), a sovereign wealth fund that owns Newcastle Football Club.

Why is LIV Golf League so controversial?

Because of the PIF’s links to the Saudi Government, LIV Golf have faced accusations of sportswashing by various politicians and commentators.

Norman came in for huge criticism when he said “we’ve all made mistakes” as he rebuffed intense questions over Saudi Arabia.

Norman was then asked about Saudi Arabia executions back in March. “I got a lot of messages, but quite honestly I look forward, I don’t look back,” he said. “I don’t look into the politics of things.

LIV Golf has been accused of sportswashing. What is that?

Sportswashing is the practice of an individual, group, corporation, or government using sport to improve their tarnished reputation, through hosting a sporting event, the purchase or sponsorship of sporting teams, or by participation in the sport itself.

How is LIV Golf linked to the Asian Tour?

The series is being sanctioned by the Asian Tour, which will benefit from a $300 million cash injection – courtesy of LIV Golf – over the next 10 years.

How many players will be in each field?

48 players. Those 48 players will also make up 12 teams. Each of the 12 captains will then draft a new team before every tournament. The top two scores for the first two rounds count toward the team competition with three of the four counting on the final day.

What is the format of the LIV Golf Series events?

This is where the Series proves even more attractive for players. Tournaments will be played across three rounds (54 holes) with no cut, meaning every player is guaranteed a big pay day ($120k for finishing last!). It’s a standard strokeplay tournament but, unlike events on the DP World and PGA Tours, each round will have a shotgun start, meaning everyone will play the course in the same conditions and at the same time – no more early or late tee times. You can see why it’s proving an attractive proposition for many players.

Who has joined the Liv Golf tour?

Rumours continue to circulate about other stars who may be lured to abandon the PGA Tour and DP World Tour in favour of Liv Golf in the near future, including Cameron Smith, Hideki Matsuyama, Adam Scott, and Marc Leishman.

Viktor Hovland and Patrick Cantlay have also been linked, while Ryder Cup star Rickie Fowler is believed to have held talks.

Collin Morikawa has rejected widespread reports that he was planning to become a LIV player, while US Open champion Matt Fitzpatrick says he is committed to the PGA Tour and has no concerns about players leaving. Tommy Fleetwood, long linked with the series after wife and agent Clare was seen at the inaugural event, has also ruled himself out.

Scottie Scheffler, Rory McIlroy, Jon Rahm, Tiger Woods, and a host of other big names have also committed to the DP World and PGA Tours.

What is the Team Championship?

The Team Championship will be the eighth and final event of the season. This will be a seeded four-day, four-round, match-play knockout event.

How will the teams be selected?

Initially LIV said there would be a draft before every tournament. The first took place on Tuesday, June 7, but, despite being something totally new for golf, wasn’t broadcast. It had been due to be held at Alexandra Palace, but the venue reportedly pulled out.

The 12 team captains selected players in the first round in order of reverse OWGR ranking, and for the second and third rounds via a snake format.

The second event saw tweaks and changes to the already existing teams with new players joining the series.

What are the LIV Golf teams called?

Before reading the below we can assure you the team names are not a joke. The 12 team captains will be announced ahead of every event but the team names will remain in place across the series.

4 ACES GC: ‘Ace’ – the slang name for golf’s greatest magic trick: the hole in one.

CLEEKS GC: The cleek: the driving iron of its day, with a refined look and feel that can appeal to fans of golf heritage.

CRUSHERS GC: It’s about speed. It’s about power. It’s a shot that could shatter a ball on impact. This team creates an identity that celebrates its own strength.

FIREBALLS GC: A fun and exciting identity which embodies golf at its wildest – and all for a team that will hope to be ‘on fire’ this week.

HY FLYERS GC: A team in flight. Powered by its winged logo, this group hopes to soar above the competition.

IRON HEADS GC: All about metal and mettle, displaying a steely determination. A strong, bold identity has been forged for this team, tapping into golf’s heraldry.

MAJESTICKS GC: The majestic shot. The one that stops you in your tracks and produces a perfect arc from club strike to preferred landing spot.

NIBLICKS GC: A reference to the rich history of Scotland, the birthplace of golf, merged with a more progressive aesthetic. A classic term for a short-nosed club in a bygone era.

SMASH GC: That gloriously crisp sound of club on ball. Your shot soaring through the sky on its way down the fairway. Young, fun. The Smash factor.

STINGER GC: Equal parts sharp and sleek, it’s the scorpion’s natural weapon. It’s also a big weapon in golf — for those skilled enough to pull it off.

TORQUE GC: Golf is a high-torque sport, creating a supercharged brand that’s all about forward momentum and speed off the tee.

What is the LIV Golf schedule?

Across the eight events in the first season, five will be played in the United States, with one in London, one in Thailand and another in Saudi Arabia. The season-ending Team Championship will be staged at Trump National Doral Miami.

LIV’s schedule was due to increase to 10 events in 2023 followed by a full season of 14 events in 2024 and again in 2025. However, its early success means the series will be the LIV Golf League from next year with 14 events being played across the globe and the same 48 players competing in them all.

More detail about LIV Golf League can be read here. I am rather on the course. Got to go!

The murder of Boqir
How about the Emmanuel Macron idea for a two-tier Europe?