Home » “I’ve Been All Over The World, But Nowhere Has Captured My Heart Like The Balkans” 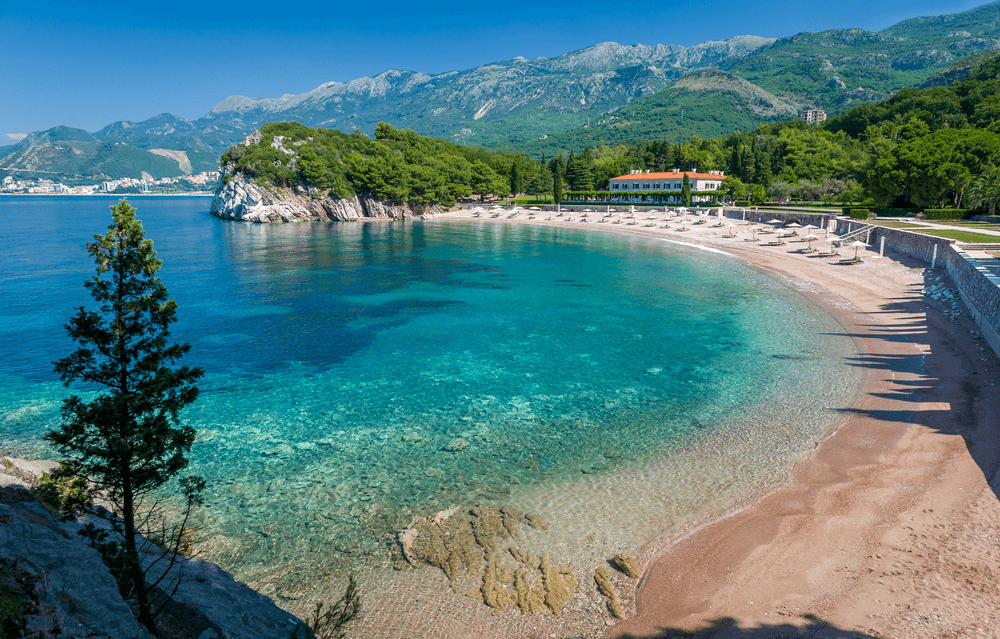 The best travel destinations in the Balkan written by a man who has seen and experienced it all.
Post Views: 107

Mustafa Ahmed is an IT/CRM freelancer currently living in Prishtina, Kosovo. The 29-year-old is of Somali descent and was raised in Norway. In 2020, during the COVID-19 pandemic, Mustafa decided to quit his job and start studying Frontend Development. He soon opened his own company that delivers consultations around IT solutions such as CRM and marketing for businesses in Ireland and the United Kingdom.

“I knew back then that I did not want to remain in Norway, but rather travel and work remotely,” says Mustafa. “I was first introduced to the Balkans during my trip to Croatia. Croatia was amazing, but filled with a lot of tourism. There, I met a couple of people from the UK who recommended that I visit Serbia. Serbia had less tourism, so it was attractive to me.”

However, Mustafa still had his doubts. He’d heard that the Balkans were a controversial and dangerous area, and his concerns about racism in the region made him have second thoughts about visiting.

But when a good friend of his recommended that he go, he had no choice but to see for himself. Mustafa knew his friend, a seasoned traveler, had vetted the place and would not steer him wrong.

Now, after being there for over two years, he says he has not experienced as much love from one region as he has in the Balkans. Having visited every country in the Balkans except for Slovenia, Mustafa is well acquainted with the area. A lover of slow travel, he has taken his time exploring its nations, even staying in Serbia, Kosovo, and North Macedonia for months each.

“I’ve been all over the world, but nowhere has captured my heart like the Balkans. Although each Balkan country I have visited has shown me love in a different capacity, I will say my most memorable time was during my stay in Macedonia. I have visited over ten cities in this country, such as Ohrid, Bitola, and Skopje, and the landscape is so beautiful in each one of them!”

With everyone he met in Macedonia being so friendly and welcoming, Mustafa has been invited to many family dinners and gained many friends. He loved Macedonia so much that he decided to start promoting the country and its beauty through social media, specifically TikTok. Within a month, he gained a huge following.

“Macedonia has amazed me and will always be a part of me. Serbia, on the other hand, has the best parties and nightlife! The city of Belgrade never sleeps, and there are so many amazing restaurants to visit there. Again, the people there have been friendly and welcoming.”

Smaller than Macedonia and Serbia, but not lacking in character, Mustafa says Kosovo is another great country to visit.

“You’d be surprised by the people and culture within this country. For instance, the capital Prishtina is filled with young and intelligent people with big hearts.Visit both Prishtina and Prizren and experience the warm culture and the amazing food they have.”

For delicious, fresh seafood and extraordinary beaches, Mustafa says Albania is the place to be, namely Ksamil, Sarande, and Dhermi. He appreciates that these locales are not overrun with tourists and loves visiting them in the summertime. Like the rest of the Balkans, Albania boasts the kind and hospitable people so willing to open their hearts and homes to visitors and make them feel welcomed.

“As I was writing this, an Albanian mother came up and asked if I was hungry and cooked a homemade meal for me. There is something with the Balkan culture that I adore, and that is that they would never let a stranger be lost or starve.”

The food is another of Mustafa’s favorite things about the region, and one of the ways he gained such popularity on TikTok is through his food reviews.

“When I say the food in the Balkans is amazing, I am not exaggerating! When visiting Macedonia, the best foods to try are Tavce Gravce, Pastrmajlija, and Polneti Piperki. In Kosovo, I recommend Flija and Sucuk. And in Serbia, don’t miss Cevapi, Karađorđeva šnicla, and Pleskavic.”

Mustafa also adds that foods like Ajvar, Kajmak, Shopska Salata, and Burek with Yoghurt are available in all of the Balkan countries.

“What makes this food so unique is the love they put in when they make it. The best way to experience real Balkan food is by being invited to a family’s home or going to traditional restaurants outside of the city, for instance Sharri Lisec in Tetovo, Macedonia, or Baba Cana in Skopje, Macedonia.”

As far as his concerns about racism in the Balkans, Mustafa is glad he pushed his fears aside and came to see and experience this region of the world for himself. There are not many Black residents in the area, thus staring is common, however, Mustafa says it is primarily out of curiosity as many of the locals have never seen a man of color before.

“I usually say hi in their local language, and they get so happy about that. The few Black men living here are either soccer players or basketball players. So naturally, when they see you on the street, they assume you are a famous person and treat you as such. I have been to the capitals and smaller villages around the Balkans, and everyone was warm and welcoming!”

“Racism is a highly complex and nuanced concept, but we all know it’s there. Contrary to popular belief, this region might be the place I´ve experienced racism the least. The vibe, the energy, and the whole environment feels so non-racist. When visiting restaurants or just going for a walk outside to the mall or city center, you don’t feel the hostile vibe that we all know. The general local population is more willing to welcome you than to make feel you unwanted.”

For Black travelers interested in visiting the Balkans, Mustafa recommends checking out Black vloggers on YouTube, social media, and travel forums to cross-reference other peoples’ experiences there. Those seeking a raw, off-the-beaten-path Balkan experience may way to start in Croatia.

“The Balkans are rich in culture in history. For foodies like me, it’s the perfect place. And the prices are reasonable for budget travelers. Last but not least, if you come to the Balkans with an open mind and an open heart, the locals will give back the same energy tenfold.”

Mustafa plans to stay in the Balkans for another year and is planning to visit Georgia, Azerbaijan, and Armenia in 2023, potentially staying three months in each country. You can follow his travels on TikTok and Instagram.