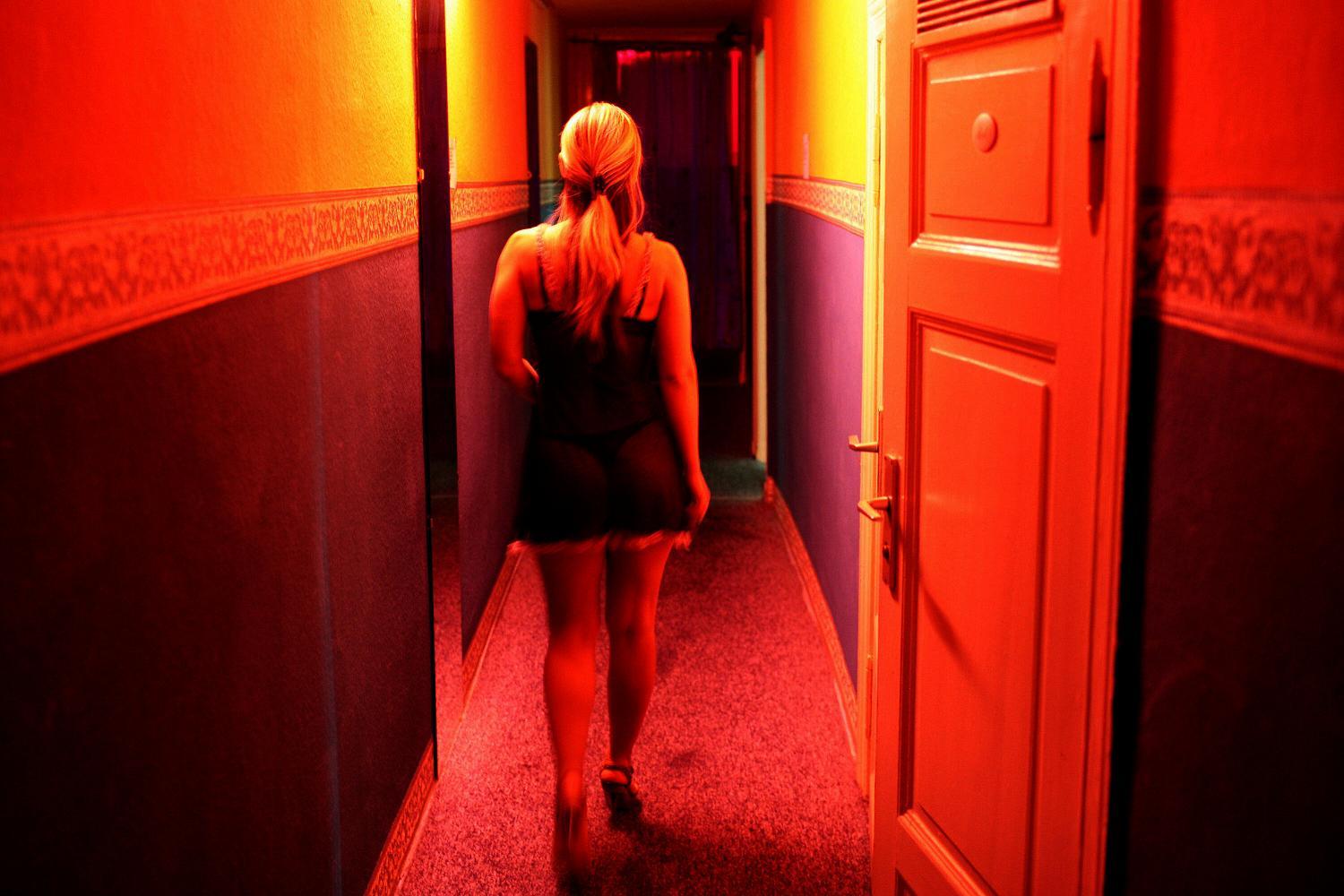 Women and men offer sex services on the street, on the internet, in studios and apartments. Sex work has been nicknamed the “world’s oldest profession”. Some have chosen it because they like it, some were forced into it.

In the Balkans, the legal framework for sex work varies country by country. However, in all of them, the law favours the clients over the workers.

In Turkey and Greece sex work is legal – but under strict conditions. Experts in both countries talk of the need to change the legislative framework to give sex workers greater protection.

In Bulgaria and Montenegro, sex work is on the margins of the law; it is generally considered illegal but in practice, sex workers are not prosecuted.

Elsewhere, in Bosnia and Herzegovina, Albania, Serbia and Kosovo it remains illegal and there is no initiative to decriminalize it.

Turkey: lawful but under strict conditions

Sex work in Turkey is permitted, but all women involved must work in registered brothels and take regular health checks.

People who encourage sex work, and facilitate it, can be jailed up to four years, however. In addition, illegal prostitution can incur a jail sentence of a year in addition to an administrative fine.

A report published by Ankara Chamber of Trade, ATO, in 2004 suggested that there might be at least 100,000 sex workers in the country, but only about 3,000 work in the officially registered 56 brothels located in different towns and cities.

Evrim Demirtas, a lawyer working with sex workers and the LGBT community, told BIRN that Turkish law needed to be clearer.

“The law must be overarching and define a sex worker clearly,” because many see the profession as a crime or a bad thing, Demirtas explained.

Under the rule of the hardline Islamist President Recep Tayyip Erdogan, many brothels in Turkey have been shut down.

A survey conducted by Red Umbrella Project, the global fund advocating for sex workers, said only about 3 per cent of sex workers found their customers via registered brothels.

Most instead work on the internet, in the street and in “massage” salons rather than in registered brothels, and this reportedly became more common during the Covid-19 pandemic.

Demirtas said violence against sex workers is another major problem. LGBT sex workers are the weakest in the sector, as they face most discrimination.

Like Turkey, Greece permits sex work but not on the street or in hotels or via the Internet, but only in registered brothels that meet certain conditions.

They may not be within 200 meters away of churches, schools, sports centers, or religious institutions, for example. Sex workers must also be single or widowed, and not married.

Vangelis Mallios, a Professor of Law, who participated in a working group set up in 2020 to change current legislation – which failed – said some 99 per cent of brothels currently operating are illegal.

Rafaela, 60, a trans woman, who has worked in the industry for 42 years, told BIRN it was not her choice of work and under normal circumstances, she could have retired.

However, most sex workers cannot legally declare their income. They cannot prove where their money came from and so access state medical care and pensions.

“It is unacceptable not to be able to work legally, not to have insurance or pension credits, and the only reason is because you are married. It is a basic right that you are denied of for an unacceptable reason,” George, 35, who, together with his wife, offer sex services to couples and single men.

“It is simply a legislative amendment [that is needed]. There are proposals but unfortunately no one wants to take the political cost,” professor Mallios said.

“You meet new people; you make friends with customers. It’s not just about sex,” a female sex worker from North Macedonia told BIRN.

Mia, not her real name, who is in her 30s says she got into sex work voluntarily as a teenager. Her initial motivation was money, but she later decided this was the work she wanted to do. She is self-employed and works from her home.

However, sex work in North Macedonia is illegal, treated as a violation of public order and peace. Violators face fines of 600 to 800 euros. Oher activities related to sex work are also treated as criminal acts.

Experts say the current law and policies, and the lack of a clear legal distinction between human trafficking and sex work, generate stigma, discrimination, and violence.

Mia told BIRN that police officers have tried to take away her money, after she gave her services to them.

Few sex workers dare complain. Currently, the only legal protection that sex workers have is the Law on Prevention and Protection from Violence against Women and Family Violence, and the programs for the protection of the population from HIV-Infection.

The first collective of sex workers in the Balkans, The Association for Support of Marginalized Workers STAR-STAR Skopje, Star-Star, founded in 2010, in 2021 reported 13 cases of human rights violations against sex workers in the country that year. “Impunity encourages hate speech and often violence,” Star-Star says.

Together with Star-Star, the Healthy Options Project Skopje, HOPS, an NGO working on promotion, respect and protection of human rights and freedoms, supports decriminalization of sex work in North Macedonia.

“This would protect sex workers from violence and exploitation and promote their safety, health, well-being, and economic independence,” HOPS told BIRN.

Montenegro: no moves to legalize a growing industry

Sex work remains illegal in Montenegro, and there are no public initiatives for its legalization.

The law predicts fines, or one-year jail sentences, for pimps or those who advertise prostitution.

“There are many advertisements for women to come and work as waitresses and maids to Montenegro and who later are harassed and asked for sexual favors. But none of the prostitutes we talked to said that were forced to be sex workers,” Women’s Safe House, an NGO based in Montenegro, told BIRN.

Sex work is illegal in Bulgaria and is closely associated with human trafficking; however, the authorities rarely hunt down either workers or clients.

According to Bulgaria’s constitution, any kind of work is a right. However, a law passed in 1968 prescribed that people who work and receive money in an immoral way face charges. The law primarily affects sex workers and beggars.

On May 4, Chief Prosecutor Ivan Geshev probed the Supreme Court of Bulgaria on the 1968 law, and said it was time to revise it.

Analysis carried out by Diginita, a foundation specializing in human trafficking prevention, reported high levels of marginalization of women working in the sex sector.

Bosnia: still illegal and no moves for reform

Sex work is illegal in Bosnia.

The Law on public order and peace says it is illegal to pay or receive money for sex. There have been some initiatives to protect sex workers but to punish only those who pay for sex. Nothing has been done to decriminalize the profession.

In December 2019, PRIME Communications, a public relations and marketing agency, conducted a survey on the legalization of sex work in Bosnia and Herzegovina. Out of 1.500 citizens 60.2% are against, while 17.2% mostly disagree. Every tenth respondent (11.9%) has doubts about it, while only 7.9% support the legalization.

Albania: society not ready for decriminalization

Sex work in Albania is a criminal offence punishable by a fine or up to three years in prison for both sex workers and clients.

Experts state that the law favours pimps and traffickers more than sex workers.

There have been several attempts to decriminalize sex work in Albania; however public opinion had not supported changes, say experts.

In 2016, a woman sex worker was convicted by the High Court – but the two detained clients in the case, a municipal official, and a businessman, were arrested but faced no charges.

Experts say Serbian law punishes sex workers more than clients. A report by the  Autonomous Women’s Center AZC, a women’s NGO based in Belgrade, said court verdicts show that in 2016, courts sentenced 79 women for sex work and only 17 male clients.

Kosovo’s criminal code says facilitating or compelling prostitution and providing premises for prostitution is a crime incurring a fine or up to twenty years in prison.

“Operation Massage”, in 2016, remains one of Kosovo’s most known police cases. That year police arrested several “studio” owners who had camouflaged their sex work businesses.

In 2019, BIRN reported that massage businesses continue to provide sex work services. Police has also said that many massage places are involved in human trafficking.  An Amnesty International report said that Kosovo in 2021 was one of the top destinations for human trafficking.