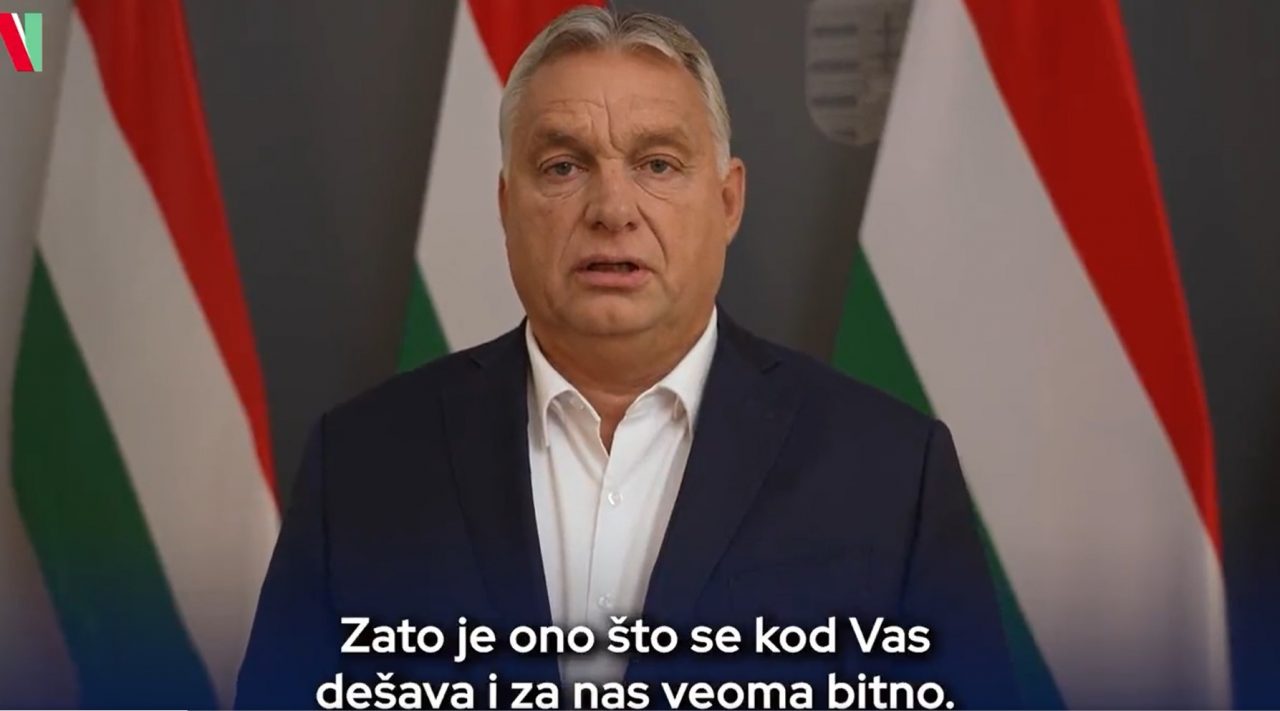 Hungary’s PM Viktor Orban has offered the Bosnian Serbs and their leader, Milorad Dodik, his emphatic support ahead of elections in Bosnia on Sunday.

“Hungary and Serbia are neighbours but Hungary considers Republika Srpska its honourable neighbour,” Orban said in a video message to voters in Bosnia’s Serb-dominated entity ahead of general and presidential elections in Bosnia and Herzegovina.

The message was shared across social media profiles of Dodik, the Serbian member of Bosnia’s three-member state presidency, and his party, the Alliance of Independent Social Democrats, SNSD.

“Thanks to Viktor Orban, the great statesman and friend of the Serbian people, for his support,” Dodik responded with enthusiasm on his Twitter account.

Orban also spoke in the video about his friendship with Dodik and connections with the Serbian people.

“In him, I have met a man who is ready to preserve peace, who is open to dialogue, who advocates respect for the [1995] Dayton Agreement, and who always and on all occasions protects the interests of the Serbian people,” Orban said.

Friendship between Orban and Dodik dates back years. During his visit to Banja Luka, the main centre of the Republika Srpska, RS, in December last year, Orban offered the RS 100 million euros in financial assistance as part of Hungary’s Responsible Neighbourhood policy, to enhance stability in the region.

Early in September, the Patriarch of the Serbian Orthodox Church, Porfirije, awarded Orbán his Church’s highest award, the Order of St Sava of the First Degree for Merit.

Dodik, de-facto leader of Bosnian Serbs, is running for the post of President of Republika Srpska, a post he held from 2010 until 2018, when he left for a position on the state presidency.

Orban, whose government paid little attention to Bosnia for years, has intensified ties with Dodik since 2019.

In December, Orban warned that Hungary will block any EU moves to sanction Bosnian Serb leader Milorad Dodik for his separatist plans.

Orban described Serbia and Bosnia’s Serb-dominated entity Republika Srpska as “key to the stability of the Western Balkans”.