HH the Amir to participate in sixth CICA summit 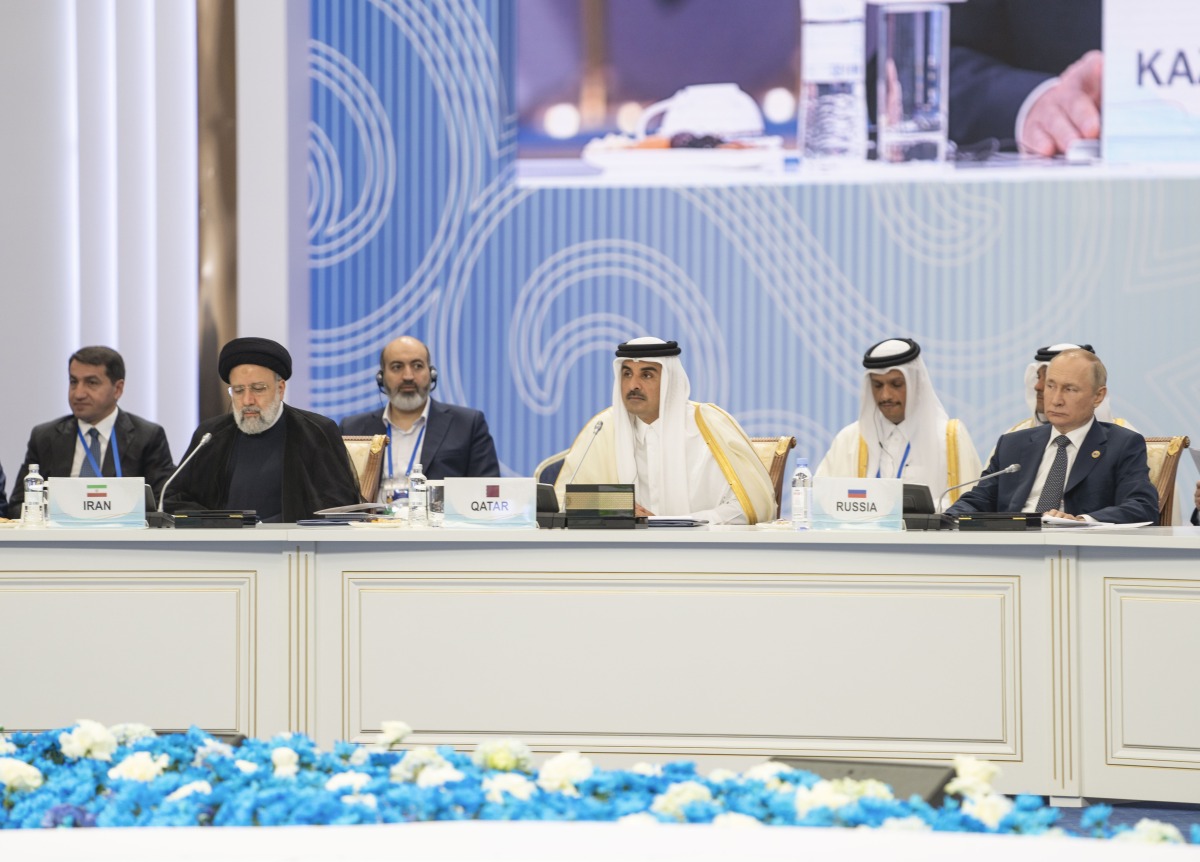 HH the Amir Sheikh Tamim bin Hamad Al-Thani will lead Qatar’s delegation to the sixth summit of the Conference on Interaction and Confidence Building Measures in Asia (CICA) to be held in Astana, Kazakhstan, on October 13.

The summit comes as the 27-member bloc marks its 30th anniversary and prepares for the launch of its gradual transformation process.

The participating leaders will discuss the latest developments and agendas of interest to CICA Member States and ways to activate its roles and mechanisms regionally and internationally, particularly with the bloc gaining increasing importance amid the security challenges facing Asia. Among these challenges are regional conflicts, transnational organized crime, terrorism, climate change, continuous sea level rise, water conflicts, food security and epidemics, as well as energy security.

The sixth CICA summit, which will witness the adoption of several documents and decisions, is expected to be one of the most important foreign policy events, not only for Kazakhstan but for Asia as well.

Qatar – since its accession to the CICA at the fourth summit in Shanghai, China, in 2014 – has effectively and regularly participated in all the conference activities, and sought to enhance cooperation relations with member states.

In this context, HH the Amir Sheikh Tamim bin Hamad Al-Thani participated in the fifth CICA Summit on June 15, 2019, in Dushanbe, Tajikistan.

On the sidelines of the summit, His Highness met with several leaders of sisterly and friendly countries, including the presidents Tajikistan, Kazakhstan, China, Russia, Iran, Turkey and the Kyrgyz Republic.

These fruitful meetings reflected the depth and strength of Qatar’s relations with these countries and opened up wider horizons for bolstering and developing them in various fields. They also offered an opportunity to exchange views on various issues and the current regional and international situations.

In October 2021, Qatar took part in the sixth CICA Ministerial Meeting in the Kazakh capital, Astana.

In his speech, the Minister of Foreign Affairs extended his sincere thanks and appreciation to CICA Conference president, the Republic of Kazakhstan, for hospitality and good organization of this meeting. His Excellency said that Qatar positively appreciated the CICA track since it was established 30 years ago.

He hailed the initiative devised by the first President of Kazakhstan Nursultan Nazarbayev to establish CICA as a forum for dialogue and orchestrating efforts of a large group of Asian countries to contribute to bringing security and stability in Asia, and to establish a network that combats the emerging challenges and threats in the region, which still suffers hotbeds of terrorism and regional conflicts.

Sheikh Mohammed bin Abdulrahman Al-Thani said that multilateral cooperation is the only way to face the challenges of epidemics, climate change and environmental threats in general. Based on this conviction, His Excellency said, the State of Qatar has provided assistance to many countries worldwide to reign in the COVID-19 pandemic eruption, and effectively contributed to international efforts to mobilize resources and energies to face this epidemic and its repercussions.