Home » Here’s what LIV golfers can and can’t do, according to their contracts 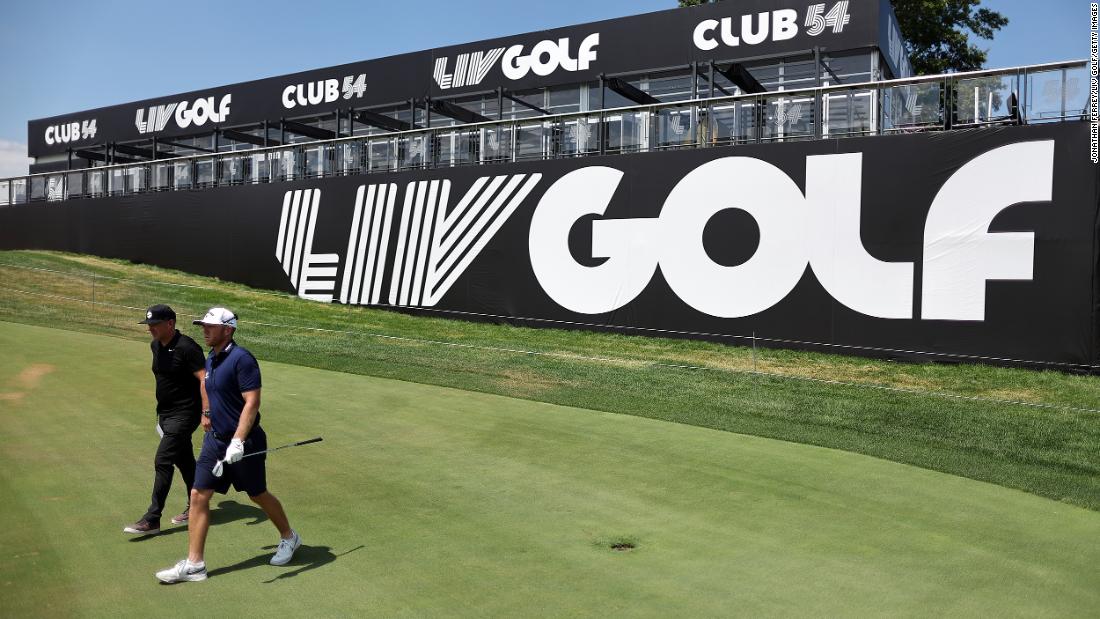 As litigation continues in the LIV vs. PGA Tour dispute, more and more information is becoming available as it pertains to the upstart golf league.

With a handful of legal documents — such as players contracts, which the Wall Street Journal examined earlier this week — becoming unsealed in recent days, it’s given curious observers an opportunity to look under the hood to understand the nuances of LIV. While the legal jargon can be a little difficult to decipher, there’s still plenty of takeaways from these documents.

GOLF.com reviewed two of these player contracts (of Talor Gooch and Hudson Swafford) to better understand the dos and don’ts for those under contract with the league. If you’d like to read the contracts for yourself, you can find them here and here. But for those without the time to sift through a bunch of legalese, you can check out some of the restrictions and expectations below.

No drama in the media

One provision states that players should “not act or fail to act in any manner which brings or could be expected to bring any Relevant Person into disrepute, scandal or ridicule including as a result of any comment made to the media, via any Social Media channels or in any other public forum.”

In other words, don’t start any drama. This seems to indicate that the once-spicy Brooks Koepka-Bryson DeChambeau feud will not continue (publicly, at least) as long as they are contracted by LIV. Don’t look for any more Phil Mickelson bombshells, either — at least not from his mouth.

It was fun while it lasted.

No outside media appearances

Players are not permitted to make any appearances in the media, or grant any exclusive interviews, without obtaining prior approval from the league.

“[Players must] refrain from (i) being accredited to act as a journalist or in any other capacity for any media organization in relation to the League or any Tournament,” the contract says. “Or (ii) providing exclusive interviews or commentaries or entering into any agreements or arrangements involving exclusive interviews with or appearances in or on any media or Social Media of any kind in relation to any Event or League Activity in each case without obtaining the Specified Approval.”

LIV seems to be pushing hard to control the messaging surrounding their league, especially when the messenger is a player under contract.

As previously reported, every player under contract with LIV is expected to participate in every event on the schedule. There are eight LIV events scheduled for this season, while 2023 will feature 10 events. In 2024, and each subsequent season, LIV plans to stage 14 tournaments.

One big element of LIV’s model is the team component. This format has largely been jumbled and hard to follow so far, but as more players come aboard and teams become more established, it seems like LIV plans to push the team branding even more.

One provision in the contract (5.3h) states that players must “wear and use only the appropriate Team Apparel and not display any badge, mark, logo, insignia, or trading name” without securing the proper approval.

But the contract does allow for “a single badge, mark, logo, insignia, or trading name of one third-party supplier of golf technical equipment on the right side of the Player’s hat or cap,” so long as the hat otherwise meets all LIV contractual obligations.

Except to start seeing some Four Aces and Fireballz apparel when these pros tee it up in majors moving forward.

Just what it sounds like: Players must the play the pro-am in any event in which entered. They must also appear at a draft party “for no less than 5 hours.” At every event, they’re also required to attend a “Photo Call & Welcome Reception,” a “Meet and Greet,” another “Meet and Greet” if they win the tournament and one hospitality/junior clinic. Phew!

Playing golf isn’t the only duty players will be expected to perform while under contract.

A Service Day is defined in the contract as “any day during which the Player is required to participate in and assist the League Operator and/or the Team Operator with meetings, negotiations and/or other activities with corporate sponsors or other business partners of the League.”

According to the Wall Street Journal report, LIV players must act as recruiters for the league.

Players will collect a $1 million bonus for winning a major championship (Masters, PGA Championship, U.S. Open or Open Championship) — “provided that he has, while competing in such tournament, complied with all of his obligations in this Agreement including as regards apparel”

In other words, if a LIV player wins the Masters in April, don’t be surprised if he’s wearing a LIV cap when Scottie Scheffler slips the green jacket over the champ’s shoulders.