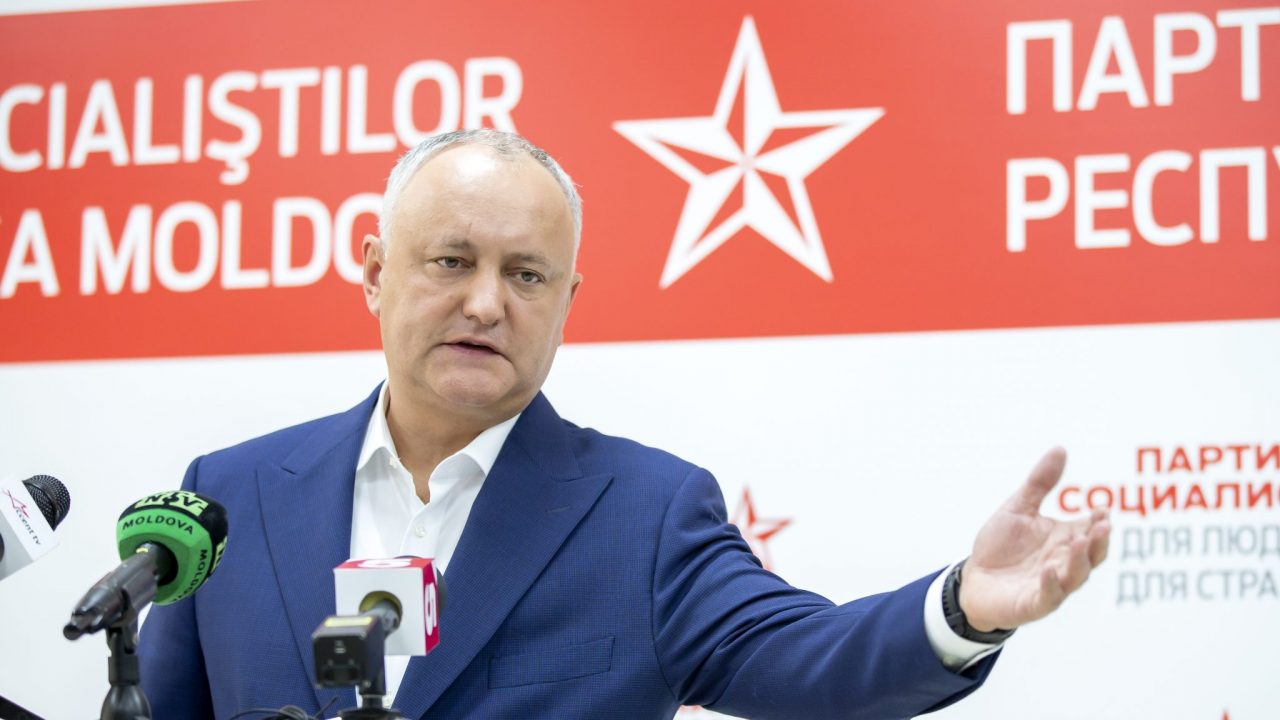 Pro-Russian opposition leader Igor Dodon’s home was searched and cash seized amid allegations he took a bribe from an oligarch and received instructions from the Kremlin.

Chișinău (24/05 – 33.33) Pro-Russian former Moldovan President Igor Dodon was detained by prosecutors on Tuesday on four charges including corruption and treason.

Investigators searched Dodon’s Chisinau home, his mother’s house and a villa being built by the Dodon family by the Dniester River, seizing tens of thousands of euros in cash and half a million lei [25,000 euros], anti-graft prosecutors said.

Dodon was elected president of Moldova in 2016 and served until he lost the 2020 election to Maia Sandu, a former World Bank official who ran on a pro-EU, anti-corruption ticket.

Searches were being conducted at Dodon’s home and at the Moldovan-Russian Business Union, a trade body founded by Dodon in 2022.

The arrest follows the reopening of an investigation into the so-called “pile-up” affair concerning video evidence of bribes being taken.

The Office of the Moldovan Prosecutor General opened a corruption investigation against him on May 18 on suspicion that, in June 2019, the then president took a cash bribe in a black plastic bag from oligarch and political leader Vladimir Plahotniuc, who later fled Moldova.

Prosecutors are also probing media report that Dodon received instructions from the Kremlin concerning speeches he made outside of Moldova.

The country has been hit by several political crises and a $1 billion (€840 million) bank fraud scheme that equates to almost 15% of its annual economic output.

Sandu’s Party of Action and Solidarity had been endorsed by Germany’s Defense Minister at the time Annegret Kramp-Karrenbauer and the former European Council President Donald Tusk, while Dodon was supported by Vladimir Putin.

Neighboring Romania’s president Klaus Iohannis had lavishly praised Sandu after their first meeting, viewing her victory as a signal of a new dawn in the country.

Russia has had troops in Transnistria, a breakaway region of Moldova, since 1992. The Russian government has said it will withdraw them under international pressure but failed to do so.

In April, a Russian general said that controlling southern Ukraine could be a way to open a land bridge to Transnistria. He added that Russian speakers in the region needed “protection” from Moldova, where most of the population speak Romanian.

Sold Like a Donkey? Bulgarian Girls sold off to Potential Husbands
SNOW GO! Inside Peter Andre’s Bulgaria family ski trip after they had to cancel France holiday