Home » Dreams Crushed and Military Humiliated – Russia on the Run 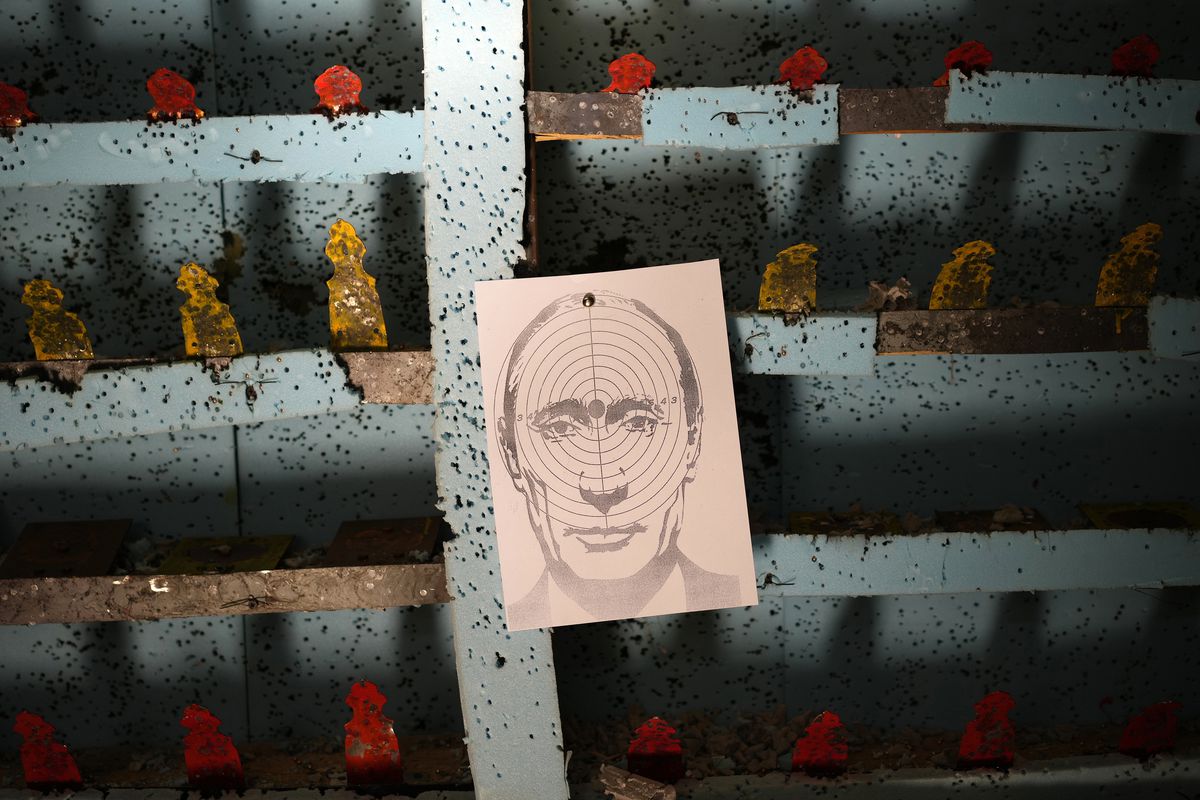 The West has won the war in Ukraine. Russia’s attempt to absorb Ukraine has failed; its military has been tested and its weaknesses revealed. The Ukrainian people have demonstrated beyond doubt that freedom first tasted is not given away.
Post Views: 316

The West has won the war in Ukraine. Russia’s attempt to absorb Ukraine has failed; its military has been tested and its weaknesses revealed. The Ukrainian people have demonstrated beyond doubt that freedom first tasted is not given away. The Europeans rallied around a common policy to support Ukraine, displaying not only their readiness to pay an economic price but signaling that they were not willing to allow a threat to freedom next door. The Americans stepped in with decisive military help.

The time has now come to make peace—not from a position of weakness, but a position of strength. President Vladimir Putin and those who govern Russia know perfectly well how the scoreboard looks. They do not like it, and they want to get out of the calamitous situation their recklessness created. But they will not do so as a humiliated power. Russian dream of an empire has been shattered whilst exposing the true weakness of the Russian military and its political leadership.

In the late 1940s, George Kennan advised containment to deal with the challenge of communism and the Soviet Union. It worked. Now the way forward is precisely the opposite: integrating Russia into a European or maybe even a global system that, rather than being directed against Moscow, incorporates its security worries while recognizing that its neighbors harbor fear rooted in a painful past.

The ball is very much in Europe’s court, even though today’s nation-state of Ukraine would likely not exist without U.S. help. However, the point is that Europe’s future must not be hindered by the past. Only a new European security architecture can prevent something similar from happening again. And in this context, the United States may play a lesser role. Russia is a European nation and has, for centuries, questioned its role in or vis-à-vis Europe. Regrettably, the answer has never been found. Maybe the time has come.

The European Union’s intellectual father, Jean Monnet, wrote in his memoirs “Europe will be forged in crises and will be the sum of the solutions adopted for those crises.”

So far, this prediction has proved correct. The crisis Russia triggered has forced the European Union to close its ranks against outside threats and rediscover the importance of defending its societal model, by military means if necessary. There will undoubtedly be opposition and arguments along the road, and not all existing EU members may stay the course. Other non-member states may even feel tempted to join while not taking on a full EU membership, which may be too onerous for nations with less developed economies.

But it should now be obvious that European security cannot be crafted with a recalcitrant Russia feeling that it has been sidelined and under potential threat from the West. Yet it does not serve Russia’s interests to be sidelined or cut off from Europe. On the contrary, Russia’s main security problem is found to the East in Central Asia, vis-à-vis states in the Caucasus, not in Europe. Internally, the discontent voiced by its large Muslim population has to be addressed.

Politically, the Ukraine crisis made it imperative for the EU to cut ties with Russia, but economically, it does not make sense. Russia remains an obvious energy partner for Europe. The same goes for transport, where Russian land links to Asia may play an important role for itself, the EU, and China. The main barrier for this strategic engineering is Russia’s past as a superpower and an empire. Other European countries have, however, managed to deal with such problems.

Conceptually, there is no difference between the Russian Empire and the British or French Empires. The British and the French handled the transition reasonably well. They reintroduced the core state with relatively low costs, not unpalatable loss of prestige, and without disrupting their social and political structures. France went close to the abyss around 1960 when confronted in Algeria but hauled itself back. Since then, Paris and London have struggled to coalesce their present power and past prestige in a workable posture. France did it by playing a major role in shaping the EU. Britain tried the same but found it incompatible with its past history.

Russia is where Britain and France were in 1960. It is now Moscow’s turn to see things as they are and not how it would like them to be. Not much has been achieved since 1991. Russia’s basic economic structure and political model were passed on albeit with other labels, but it still retains a command economy and autocratic government. The Russian people’s mindset, at least for those above thirty years old, is the same. President Boris Yeltsin and President Vladimir Putin were allowed to sweep this revelation under the carpet, but the war in Ukraine serves as a ruthless eyeopener.

Only by redefining Russia from empire to nation-state can reforms be carried through. It is painful, embodying a loss of prestige, but opens the prospect of delivering a rising living standard for the Russian population and giving its leaders a legacy comparable with the great Russians over the centuries.

The obstacles speak for themselves. Inside the Russian Federation, there may still be republics harboring ambitions to secede. Only 81 percent of its 145 million people are ethnic Russian, which make the basic philosophy of Russia and the Orthodox Church as having a special vocation difficult to reconcile with realities. Neighbors perceive it like the former Russian and Soviet Empire throwing its weight around, issuing threats of various kinds and out of touch with reality.

If successful, Russia may be a genuine nation-state living in peace with itself and its neighbors. A true member of the European concert, which was a goal pursued in vain by some of the tsars. The advantages for Russia would be enormous: not only permitting Moscow to reduce its defense expenditures but reallocating money transfers to poorer parts of the country to keep them away from seceding.

Considering mutual suspicion, it will take time to get there. Both Russia and Europe will insist on a defense capability deterring the other from “adventurous” steps. From the European point of view, a continued U.S. military presence is indispensable at least until the point where a European defense is credible—maybe a decade, maybe longer. The Russian nuclear arsenal outshining everything the Europeans can come up with can only be neutralized through American commitments in Europe.

Seen from the U.S. point of view, such a strategy has merit. Apart from its nuclear arsenal, Russia does not pose any threat to the United States. It may be a nuisance in isolated spots around the globe, but Moscow is far from a challenger like the Soviet Union used to be.

The crux of such a policy for Europe, Russia, and the United States is to move towards some kind of military balance ensuring that none of them can start military aggression against some European nation-state with any chance of success. If this state of affairs is attained and last for a decade or two, conditions may become conducive to beginning Russia’s integration into Europe.

The only alternative to this is a Russia forever out of balance, continuing to harbor dreams that cannot be fulfilled of restoring a “glorious” past—which never was glorious, but may look so in the mirror—threatening its own people and adjacent nations. This is what followed thoroughly bad Russian and European-American statecraft after 1991. The risks of trying something else seem to be low compared with more of the same.