Home » CEO Of CME Blast LPGA Tour : “It’s An Embarrassement To My Company And Me!” 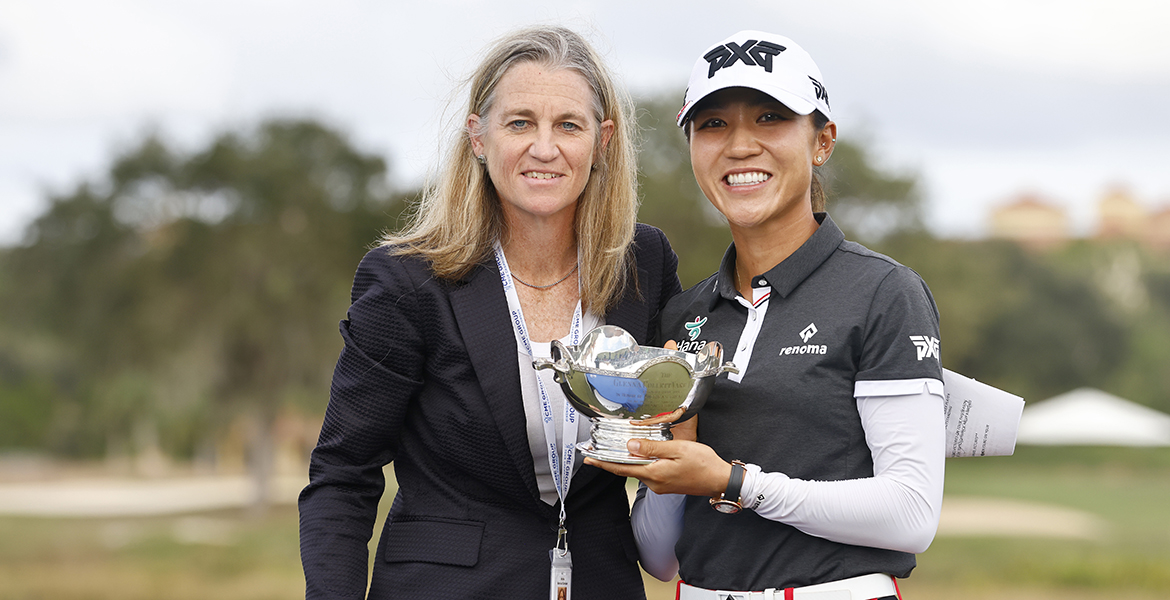 The CEO of CME has launched a scathing attack on the LPGA Tour and their commissioner after no players turned up to a pre-tournament dinner.

In a report by Beth Ann Nichols of Golfweek, CME boss Terry Duffy has taken aim at the LPGA and the direction of the tour.

His main complaint came primarily from having no LPGA Tour players turn up to a dinner before the CME Group Tour Championship.

Per the report by Nichols, this dinner would usually have beeen attended by a select group of LPGA Tour stars alongside former U.S. presidents, secretaries and other VIPs.

Duffy would have liked to have seen the likes of Nelly Korda and Lexi Thompson in attendance on Tuesday.

There was reportedly an awkward moment when Duffy asked for the house lights to be turned on at said dinner but there was no LPGA Tour players in the room.

Duffy told Nichols that he wasn’t angry at the LPGA Tour players.

But he did tell the publication:

“I am exceptionally disappointed with the leadership of the LPGA. They better get their act together because they’re going to lose people like me over stuff like this.”

CME began sponsoring the event in 2011 and ever since the prize purses have risen considerably.

Marcoux Samaan was asked by Nichols for a response and she said:

“There hasn’t been any greater supporter of the LPGA than CME Group and Terry Duffy.

This news come after the LPGA Tour announced that next season female golfers will compete for record prize money of $101.4m.

There will be a total of 33 events played over 12 countries. The news was described as a “banner year” by Marcoux Samaan.

She told the media:

“Our athletes are playing for more total prize money than any time in history, and we have over 500 hours of broadcast television.”

The LPGA Tour will likely face a similar threat the PGA Tour have faced and continue to battle.

LIV Golf commissioner Greg Norman has suggested that he would be interested in starting up a breakaway tour for women.

England’s Charley Hull said you would “be mad” not to consider such an offer from the Saudi-financed LIV.

Korda and Thompson simply wouldn’t entertain the question about a potential LIV Golf for women when asked about the topic in October.