Bosnia Should Urgently Change the Way it Holds Elections 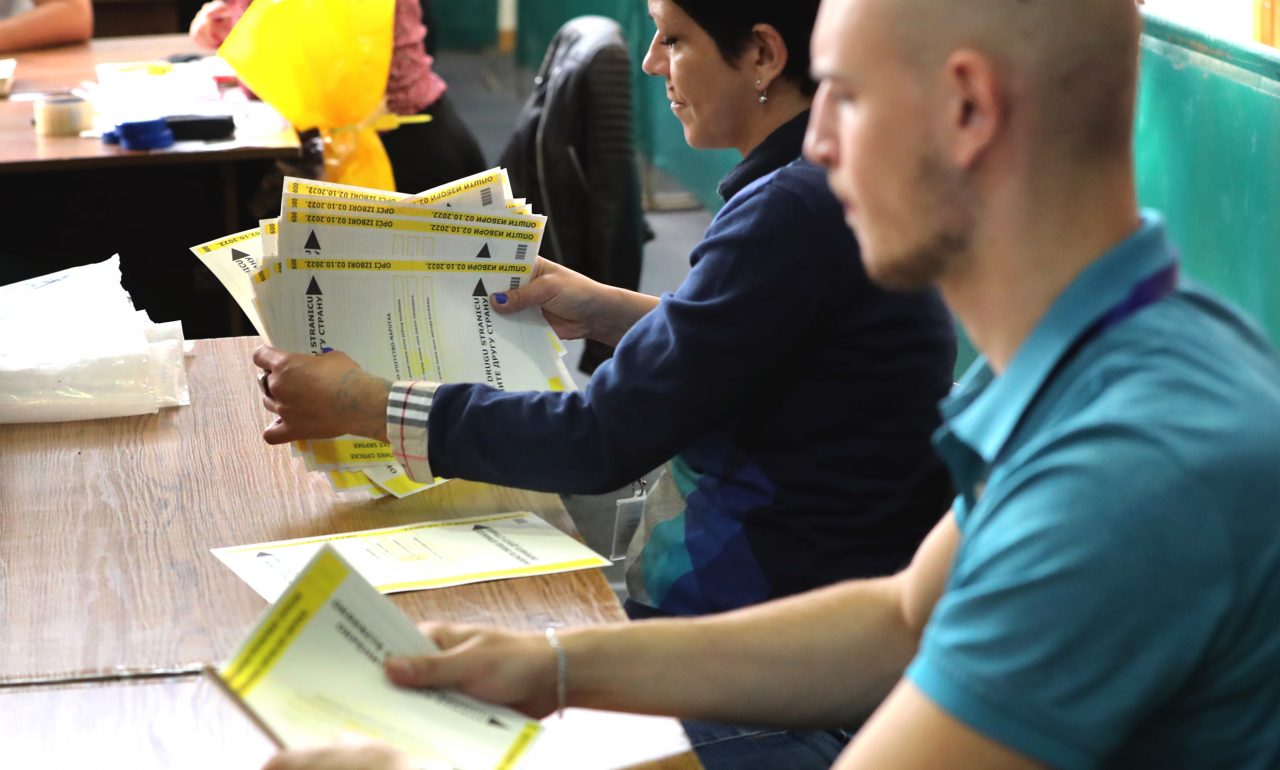 Two weeks since Bosnia went to the polls, votes are still being counted. While there might be a general sense of the outcome of the October 2 elections, it is astonishing that it takes so long to get the final results.

According to Bosnia’s Central Election Commission, CEC, 90 political parties and 17 independent candidates were eligible to run. This is an unreasonably high number for any country, let alone one in which people are literally voting with their feet.

The last census conducted in Bosnia in 2013 registered a population of 3.5 million people.

This was almost a decade ago and, even back then, there were concerns that the figure was higher than the actual number of people living in the country.

Over the past nine years, thousands of Bosnians have left in search of a better future in Western Europe. Between 2013 and 2019, around half a million Bosnian citizens left. Last year alone, the number was estimated at 170,000.

The World Bank estimates Bosnia’s population in 2021 at 3.2 million, yet the country’s own Statistics Agency recently put the figure at just 2.7 million.

Yet while the country’s population rapidly declines, the number of political parties keeps growing.

In 2018, the CEC verified 69 political parties. This year’s toll of 90 underscores that something is deeply wrong.

Several factors are to blame: Bosnia’s multiple levels of governance are a major factor. Parties can field candidates for the presidency, the state-level parliament, the Republika Srpska presidency and deputies, and entity-level and cantonal assemblies. This complex system hammered out at the 1995 Dayton peace talks is not only very expensive, but is a brake on efficient governance.

Another factor is the low electoral threshold of three per cent. This allows a number of small parties at various levels of governance to secure political relevance. Many end up playing the role of coalition kingmaker, in return for disproportionate benefits and influence.

The electoral process itself is in need of major reform. How is it that a country of around 2.7 million people cannot know the results of elections two weeks after they are held? The counting takes excessively long and there are allegations of widespread irregularities.

The multi-level system of governance, in a country with ever fewer people, is increasingly expensive. Politicians of various stripes have realised that politics is a lucrative occupation, even with only minimal support from voters.

Vested interests have combined with structural elements to produce this suboptimal outcome. Ideally, a more streamlined administrative apparatus would do away with the bloated bureaucracy and the needlessly large number of elected officials.

However, given the current situation in the country, there is little likelihood that a consensus on this could be reached anytime soon.

Bearing this in mind, there are at least two reforms that could improve the electoral process.

First, the three per cent threshold should be raised to five or seven. This would ensure that only parties with significant popular support can sit in parliament. It would decrease the likelihood that small parties play kingmakers at various levels of governance. Coalitions formed without such marginal parties may also prove more stable.

Second, the election process desperately requires more transparency and oversight. Every election cycle, including last week’s, has been marred by reports across the country of irregularities during voting itself and in the subsequent counting of ballots.

Analysts and a number of politicians have called for the introduction of video surveillance in polling stations. This would document and, at least, reduce the risk of irregularities.

Some politicians have advocated electronic voting, arguing that this would be more efficient. There are concerns, however, about the risk of tampering by domestic or foreign actors.

A more viable option could be the use of scanners. Some argue this would preserve a system of hard-copy ballot papers while speeding up the process of counting.

The CEC must also update the way it announces results. As results came in on the night of October 2-3, CEC representatives read them out, in a style that belongs to another era. A more tech-savvy approach is urgently required. Similarly, the Commission’s website needs to be more user-friendly and should update on a more regular basis.

By adopting the above-mentioned reforms, Bosnia would improve its election process and its citizens would no longer need to wait so long to know who will represent them.