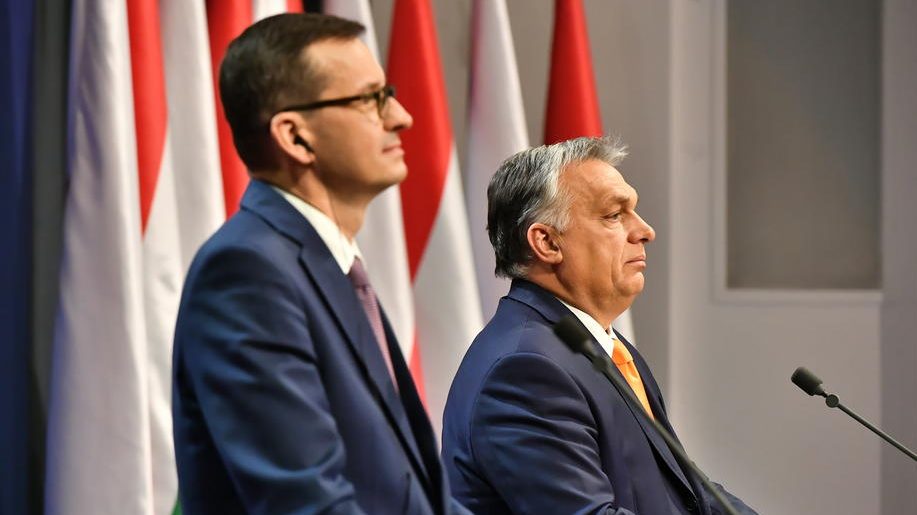 In recent weeks, millions of Hungarians received an official survey to fill out for the country’s decennial census. What followed on Hungarian social media was an outburst of anxiety, sometimes even outright paranoia. Why is Prime Minister Viktor Orban’s government so meticulously inquiring about one’s housing, living standards, and so on? Should I admit I own two flat-screen TVs? And where will all this sensitive private data end up, anyway?

Censuses are the most regular tools in the hands of governments to collect essential data for research and policymaking purposes. In Hungary, however, this new census has not only tapped into a deep mistrust of anything government-related but also into underlying fears that Orban is building a surveillance state.

Last year, it was revealed that Hungary had been spying on its own citizens – including journalists, media company owners and politicians – with state-of-the-art Israeli spyware called Pegasus. Rumours of covert surveillance operations against journalists and the opposition have been swirling for years, but this was the first time that credible evidence was presented. That was when I also learned that I, too, had become a target of surveillance with this spyware technology.

As one of the journalists who then helped uncover the systematic abuses with Pegasus in Hungary, I received hundreds of requests from all kinds of people after the publication of our investigative stories. They all wanted me to find out whether their mobile phone had been hacked with this Israeli technology too. That was when I realised the main takeaway of our investigation was that, basically, “this could happen to anyone”.

So, while we might scoff at the recent anti-census sentiments in Hungary, it’s not because it’s outlandish to think the government has ulterior motives. Rather, the reality is that Orban’s intelligence agencies have tons of far more advanced and intrusive technology at their disposal than some annoying online surveys.

Census mails started arriving around the time when, in late September, a Times of Israel report claimed that Israel’s Avnon Group is providing Hungary with military-grade technology “to track online discourse and analyze and understand public opinion”, and monitor social media. Orban’s chief of staff instantly denied that the government had contracted the Israeli company, but this could easily mean that an intelligence agency, not a ministry, actually signed the deal.

Tracking the social media activity of dissenting citizens is not anything new for the Hungarian government. In 2017, for example, it was revealed that one of Orban’s former state secretaries had helped Poland’s likeminded government in tracking, mapping and analysing the Facebook activity of protesting healthcare workers. The investigation was further proof of Poland closely following and learning from the Hungarian playbook.

It’s not just in the online sphere where Hungary’s government is levelling up surveillance these days. A few weeks ago, independent Hungarian outlets reported that Hungary’s equivalent of the NSA, the Special Service for National Security (SSNS), put out an open call for recruiting so-called surveillants – undercover secret agents whose task is to physically follow and spy on targets. This peculiar job offer was published just months after the government’s unprecedented 50 per cent hike in the intelligence agencies’ budget, allocating an extra 30 billion forints (70 million euros) to three civilian intelligence agencies. Half of it went to the SSNS, the operator of both real-life and digital surveillance.

Surveillance technology, especially cyber weapons, don’t come cheap. For example, I recently uncovered that Hungary had actually spent at least 6 million euros net on procuring the Pegasus spyware back in 2017-2018. It was roughly the same amount that another abuser of the tool from the EU – Poland, again – paid for Pegasus. In both countries, government agencies contracted broker companies owned by former Communist-era spooks to cut a deal with the seller, Israel’s NSO Group. For its millions in taxpayer money, Hungary acquired a Pegasus quota for monitoring as many as 50 mobile phone devices at a time.

However, Pegasus is just one of the many spywares out there. A few days before the so-called “Pegasus Project” exploded into the news last summer, in a detailed study the Canada-based Citizen Lab discovered traces of another Israeli spyware. They found that Tel Aviv-based spyware firm Candirou’s system – capable of not only infecting smartphones but computers and notebooks as well – has also been operated from Hungary, according to their analysis of internet scanning data. It is still unknown who that operator might be, as well as their targets. As usual, Hungary’s government did not care to comment.

More recently, the Balkans was rocked by its own surveillance scandal. In Greece, a third Israeli spyware called Predator was planted on the phones of one of the country’s top opposition leaders, as well as journalists. However, company registry data reveal that Predator’s manufacturer, Cytrox, is not only registered in Israel, but also in Hungary. Again, it is not known whether Hungary is just hosting some of the spyware firm’s operations, or if the Hungarian state itself hired them. (Cytrox is also present in North Macedonia, home to the company’s CEO Ivo Malinkovski.)

It’s not just about spyware

Last spring, when Amnesty International analysed my iPhone’s backup and found past traces of Pegasus infections from 2019, I had to instantly take a crash course in the world of cybersecurity. What fascinated me from the beginning was the dominance of Israeli technology.

Under Benjamin Netanyahu’s latest premiership (2009 to 2021), the Israeli state supported tech and cyber companies in every possible way, luring the best and brightest to this shadow industry. As an expert described to me, this is how Israel became one of the top players in cyber-espionage, joining the ranks of the US, Russia and China.

However, on the customer side, not everyone is able to enter into business relationships with all of these players. Take, for example, Hungary, where the country’s NATO membership is a serious obstacle to acquiring more advanced, military-grade Russian or Chinese technology. Regardless of the Orban government’s clear affection for those two countries, it is just not really possible due to formal NATO obligations. Furthermore, the US might be reluctant to permit its companies to provide Hungary with some of their surveillance tools, because of the Central European country’s ever-closer ties to Russia and China. Besides the great quality of its spying technology, this makes Israel the most obvious choice for any similar troubled democracy looking for a supplier but stuck between those great powers.

And tech companies from Israel have much more to offer than just spyware. For example, NSO Group, the company behind the Pegasus spyware, is also selling Circles, a product used for intercepting phone calls, SMS’s and other mobile phone data (targets’ locations and other phone records). And NSO is not the only one in Israel to offer such cutting-edge technology.

When I browsed all the open-source information I could find on the broker company importing Pegasus to Hungary, I came across one of its documents listing some of its most trusted vendors. The Israeli – and some American – companies briefly described in this document all seem to be ones that had already exported their technology to Orban’s Hungary. This is likely the stuff that has already been operating in the country for years, by different state authorities, and without the public’s knowledge.

Two of the most interesting Israeli firms are the Tel Aviv-based Corsight AI Ltd. and Viisights Solution Ltd. They are both in the business of providing artificial intelligence-enhanced video surveillance. When their products are hooked up to CCTV camera systems, what appears on screen is instantly scanned by a facial recognition algorithm. Corsight AI’s system then identifies and matches the individuals seen on screen, “and assigns them to predefined databases”, according to the document. Viisights Solutions’ product goes even further, as it “is able to recognize certain behaviors or events, such as a fight, a car accident or a person involved in an accident, depending on its use”. It is easy to understand how such technology could benefit Hungarian society. But it is no less obvious how they could be abused in, for example, the monitoring of organisers and participants of anti-government protests.

Another warning sign is that after winning Hungary’s parliamentary election in April, Orban completely overhauled the structure of the country’s intelligence agencies.

First, both the Ministry of Interior and the Ministry of Foreign Affairs and Trade were stripped of their respective security services – the counterintelligence and the foreign intelligence – which were then annexed by the Cabinet Office of the Prime Minister. Second, a new, centralised structure was created with the establishment of the so-called National Information Centre, dubbed a ”super-intelligence service” in the Hungarian media. This new body was created to collect every single bit of information from all the different intelligence and law enforcement agencies. Now, the Prime Minister’s Cabinet Office can finally have quick and direct access to all the latest intel.

These are all concerning developments that remained relatively unnoticed by foreign observers. These days, the EU is wrangling with the Hungarian government mostly over anti-corruption measures, sometimes paying attention to certain rule-of-law, judiciary and media freedom issues. However, surveillance and national security have not become similarly discussed topics, as the EU has almost no authority and expertise in these fields.

What makes the Orban government’s apparently frivolous spending on its spooks and top-level surveillance technology particularly suspicious is that it is happening at a time when all other government spending is being trimmed and serious social unrest is brewing.

With the economy in a deepening crisis due to high inflation, rising national debt and soaring energy prices, a fresh wave of large protests is looking more likely by the day. There could soon be many angry Hungarians out there worthy of identifying and surveilling – and refusing to fill out an innocent census form will surely not save them from the government’s newly high-tech, all-seeing eye.