Balkan Spirits in the Making: A Rakija Family Story 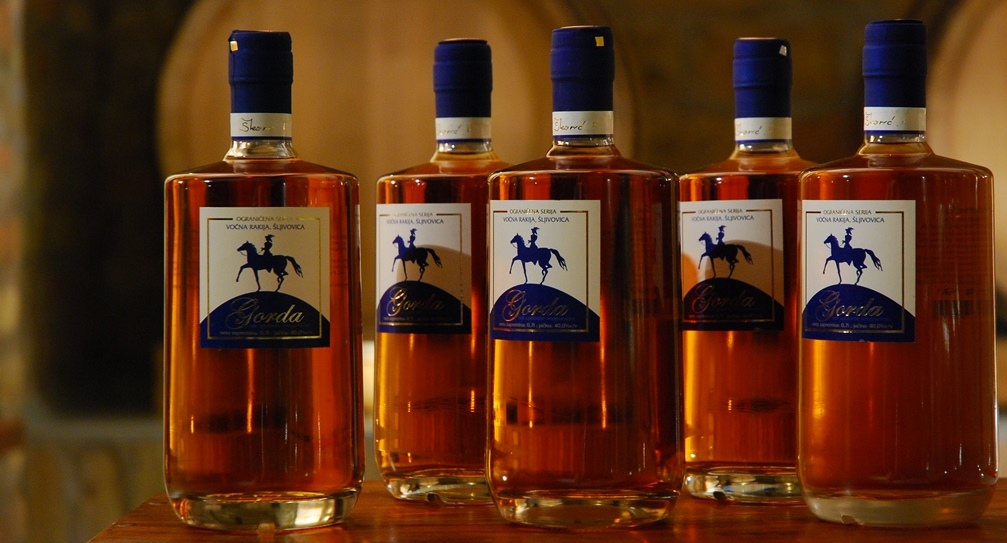 Sydney (04/08 – 33.33) This story about rakija – a traditional alcohol from the Balkans – starts with a Macedonian family, living in Sydney. “They’re the ‘louder than life kind’; the ‘dance on tables’ kind; and the ‘turn up to your home unexpectedly’ kind,” rakija distiller and trained lawyer, Monique Sutevski, tells SBS.

“Our family is our life. Our family is our reason for being and also our inspiration for doing. They make us who we are and have taught us all we know, including how to distil the best rakija there is.”

Sutevski (aged 25) and cousin, James Projcevski (aged 27) decided to create rakija during the COVID-19 outbreak of 2020 as a passion project. Sutevski, who had just finished her law training joined Projcevski, a mortgage broker by day, to start from scratch and learn the craft of rakija making that has been in their Macedonian family for five generations.

“We figured if we didn’t learn how to make it now, then we wouldn’t be able to pass on the recipe or tradition to our children,” co-founder of DNA distillery, Projcevski says. “So we had to learn a traditional skill, and learn about our culture and family in order to authentically move the tradition of making rakija forward in Australia.”

Our family is our life and our reason for being and inspiration for doing.

The pair’s passion project is now known as DNA Distillery, Sydney’s first rakija distillery producing the traditional Balkan fruit spirit made with an alcohol content of around 40 per cent ABV. Although their company is small scale, the cousins hope to soon open a cellar door.

“There are so many quality foods and drinks from so many different countries that are untapped here in Australia. We believe rakija is one of them.”

Although rakija is not as popular as vodka or tequila in Australian culture, it’s existed in Europe for centuries, dating back to 11th century Bulgaria.

Rakija is used in religious rituals throughout the Balkans. It’s the drink of choice for toasts at weddings, offered as a welcome drink to guests visiting your home and enjoyed in moderation at dinner with appetisers.

“Rakija is drunk essentially to celebrate life’s moments,” Sutevski says. “It’s very much an emblem of that cultural identity and togetherness that stands for love, joy and compassion.”

Despite the fact that there are so many different cultural groups in the Balkans, rakija is a tie that binds us all together.

The traditional recipe for rakija across the Balkans is diverse, as the fruits that distillers use as a base vary according to the country of origin. For example, in Serbia rakija is made from quince, while in Romania plums are used.

“Despite the fact that there are so many different cultural groups in the Balkans, rakija is a tie that binds us all together.”

In Macedonian, rakija is usually made from grapes. To make a similar drop, the co-founders of DNA Distillery decided to use organic, Shiraz grapes sourced from a winery in the hilltops region of Southern New South Wales.

“Australia already has some of the best grapes in the world,” Projcevski states. “We wanted to make a product using what we have here in Australia but with a traditional recipe.”

DNA’s rakija is double distilled in small batches using a specialty still flown in from Poland to eradicate impurities. The end result is a clean, fruity, palatable spirit with a rich aroma and a very mild throat burn, compared to other spirits with similar alcohol content.

How to drink rakija?

“Food is integral to the way you drink rakija,” he says. “[In Macedonia], it’s usually served in a shot glass at room temperature, and drunk at the start of the meal with appetisers, like a salad, ham, salami, cheese or olives.”

While the cousins say the DNA spirit is not intended for shots, it can be used in cocktails like martinis and cosmos. Shaking up the way rakija is used will ensure the tradition of drinking it continues. New cocktail recipes have been included on the DNA website to help people who are new to the drop learn how to consume it.

“Rakija has been made by our family for five generations,” Sutevski explains, “and now it’s our turn to bottle the magic and the legacy that comes with it.”

The cousins encourage people of all cultural backgrounds who haven’t tried the spirit before to sample their rakija for two main reasons: it will expand your cultural understanding and it’s a drink that just tastes really good.

“Australians enjoy their wine and we’ve got great grapes here in Australia,” he says. “If we can continue to combine Australian produce with our rakija-making skills and family traditions from Europe, that will go onto be a marriage made in heaven.”